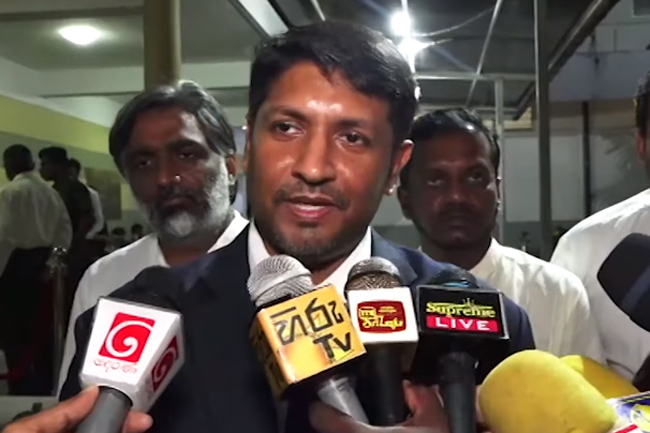 Ruwan claims abdication of responsibility on the part of ex-President

Former State Minister of Defence Ruwan Wijewardene says there was an abdication of responsibility on the part of former President Maithripala Sirisena.

He made this remark speaking to the media after giving evidence before the Presidential Commission of Inquiry (PCoI) on Thursday (24).

The Police, the intelligence services and the Tri-forces were operating under the purview of the Defence Ministry, not under the State Ministry of Defence, he said further.

The then-President was the person in charge of national security, Wijewardene said further adding that Sirisena has neglected his responsibility in this regard.