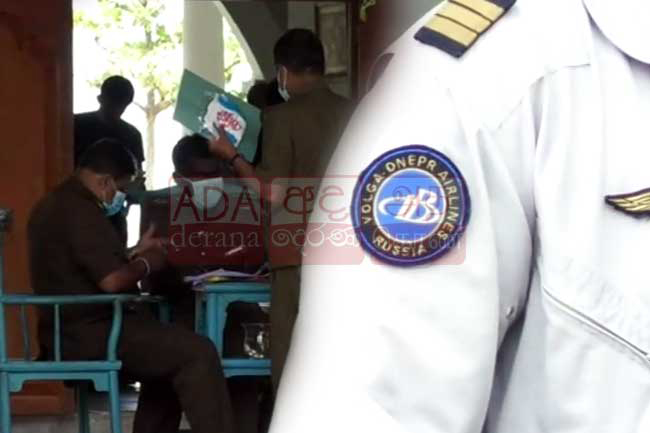 The final PCR test carried out on the Russian national, who was detected with COVID-19 yesterday (24), has confirmed him to be negative for the virus.

This was confirmed by the PCR test conducted at the Hambantota Hospital today, the Commander of the Army Lieutenant General Shavendra Silva said.

One of the 15 crew members of a Russian airline, who arrived in the country on the 13th of September, was identified as COVID-19-positive yesterday in a PCR test carried out at a private hospital, prior to their departure. They had been staying at a hotel in Polhena, Matara.

The Russian crew member who was detected as a positive novel coronavirus case was subsequently admitted to the Hambantota General Hospital. The first PCR test carried out on the Russian national had come out negative for COVID-19.

However, the hospital officials decided to conduct another test on the Russian, which confirmed that he is clear of the virus.

The rest of the 14 crew members had departed for Russia from the Mattala International Airport last night, according to reports.

The Government Medical Officers’ Association (GMOA), however, emphasized that the staff of the hotel where the crew members have violated the novel coronavirus prevention procedures and an investigation should be conducted on directing them to a hotel when there are government-approved quarantine facilities.