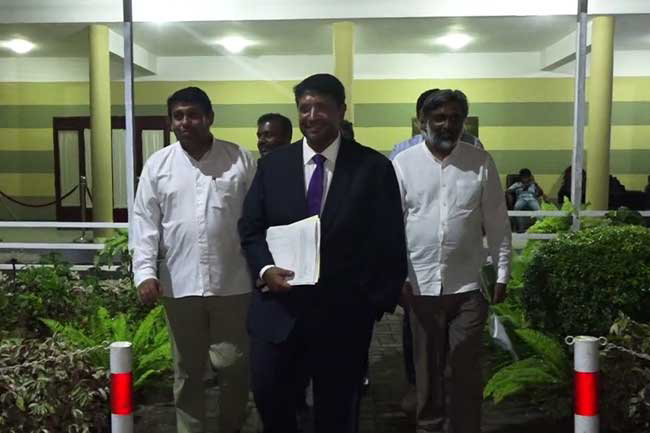 The panel asked the witness whether former President Maithripala Sirisena had told former Inspector General of Police (IGP) Pujith Jayasundara not to conduct open investigations into Islamic extremism, to which he responded in the affirmative.

The panel then asked the witness if the former President, when he went abroad, had appointed him as the Acting Defence Minister back then.

The former State Minister of Defence responded that prior to the Easter Sunday terror attacks, he was assigned the Acting Defence Minister position only once. The other two to three occasions where I was appointed as the Acting Defence Minister was after the Easter Sunday attacks. However, he never did inform in advance of his foreign visits. He would notify via fax, but only after several days of departure. By the time we receive the relevant credentials with regard to the appointment, he is already back in the country.

The chairman of the PCoI inquired the witness whether former Prime Minister Ranil Wickremesinghe had often excused himself during National Security Council meetings, as claimed by many other witnesses and Wijewardene responded in the affirmative.

He also revealed that former President Maithripala Sirisena had instructed the commanders of the Tri-forces not to meet with the former Prime Minister if they are summoned in his absence.