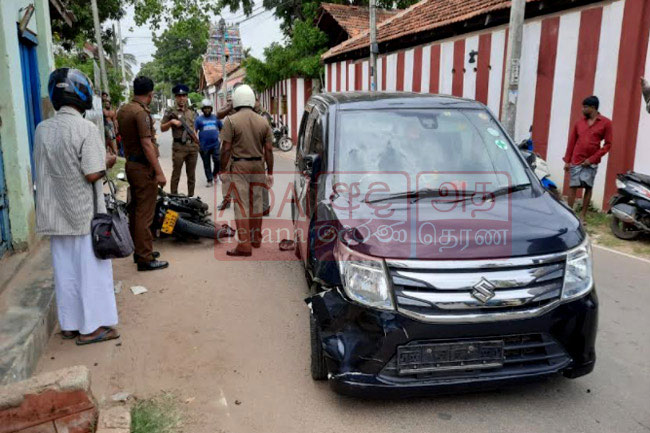 Leader of Dhanu-rock stabbed in Jaffna

A person believed to be the leader of the Jaffna crime gang ‘Dhanu-rock’ has been attacked with a sharp weapons by another group.

The injured man has been admitted to the Jaffna hospital for treatment, stated the Police.

The man had been traveling on a motorbike when a group of people who arrived on a car had chased the man down and attacked him using sharp weapons.

The incident had occurred near the Perumal Kovil in Jaffna, this afternoon (26).

The Police have seized the car and several swords in connection with the incident.