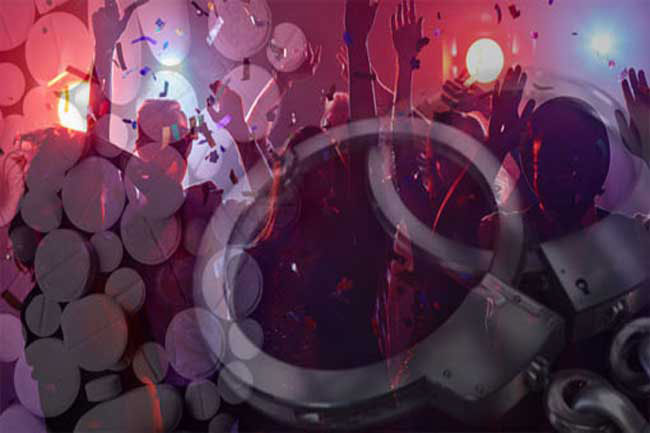 Nine arrested with LSD stamps and drugs at party

Thelikada Police have arrested nine persons after a raiding a party held at the Deepagodawatta area in Thelikada, Galle.

They have been arrested while using LSD stamps and other drugs at the party.

During the arrest made yesterday (26), 40 LSD stamps, 20 narcotic pills, more drugs have been found at the party.

Reportedly, the collective worth of the recovered drugs is estimated to be nearly Rs 500,000.

The arrestees are aged between 25-30 years and are residents of Kandy and Colombo, according to the Police.

The suspects are to be produced before the Baddegama Magistrate’s Court today.