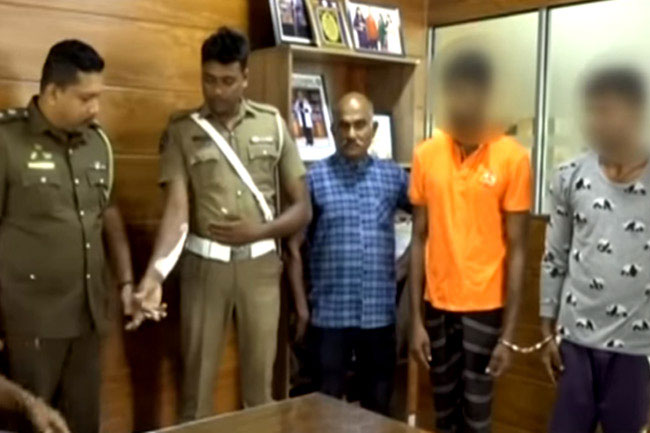 The Biyagama Police Crimes Division has arrested two drug traffickers who were fleeing in a three wheeler after causing an accident that injured a police officer.

Based on a tip-off received by the Biyagama Police that drugs are being transported in a three wheeler, a team of officer from the Crimes Division had carried out a sudden inspection using a road blockade on the Malwana area in Biyagama, early this morning (27).

However, a three-wheeler had sped away disregarding the road block causing an accident to a police officer.

Subsequently, the remaining officers had chased down the vehicle and arrested two suspects at the Waduwegama area.

Reportedly, 4 grams and 500 milligrams of heroin have been found in the possession of the suspects.

Police revealed that the 02 suspects had been involved in the theft of motorcycles and jewelry as well.