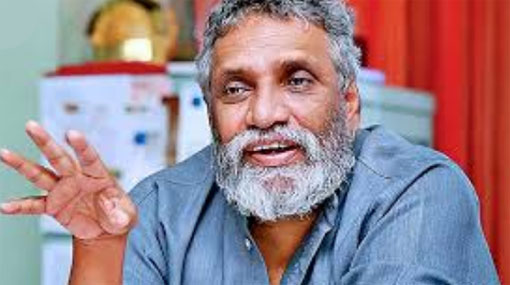 Cannot expect politicians made of gold when society is black - Deshapriya

The Chairman of the Elections Commission Mahinda Deshapriya says that it would be better to obtain public opinion when creating a new constitution.

However, the Chairman, addressing an event held to commemorate the International Day of Democracy, said that he believes the new constitution would be a good constitution.

Deshapriya says that we can’t expect perfect politicians when the society is not perfect.

“I am the one who says that politicians are human. I have not heard anyone else is Sri Lanka saying this. Politicians are a part of our society. We cannot find politicians who are made from gold, decorated with silver and bathed with milk, when the society is black.”

Speaking on democracy, the chairman said that democracy is respecting others and their opinions and not doing whatever a person whishes to do.

Commending Sports Minister Namal Rajapaksa for point this out, Deshapriya said that he is glad that some young politicians are of the view that public opinion should be consulted when creating new constitutions or laws.

Stating that he won’t comment on neither the 19th nor 20th Amendments to the Constitution, he said that, as a member of the Elections Commission, he expects that new Constitution to be good.

Further speaking he said: “What we are saying is that a democratic constitution must be made even if there are issues in democracy. What we identify as democracy is direct democracy. Either everyone going asking for something or just voting for representatives and waiting”.