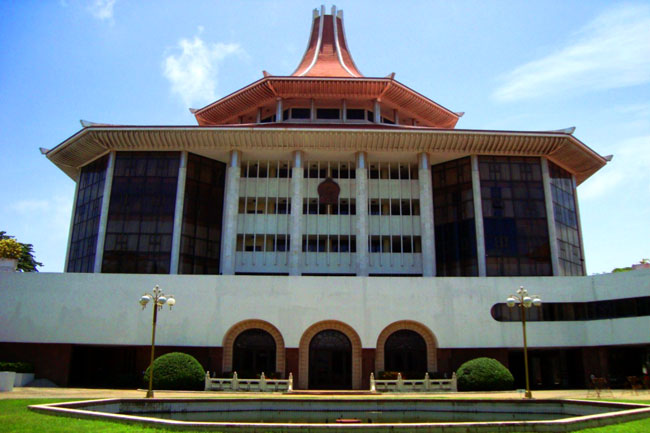 Nineteen petitions filed against 20A

Another petition has been filed at the Supreme Court challenging the government-proposed 20th Amendment to the Constitution.

The petition has been filed by MP Mayantha Dissanayake this morning (September 28), on behalf of the Samagi Tharuna Jana Balawegaya.

Accordingly, a total of 19 petitions have been filed against the draft of the 20th Amendment to the constitution which was tabled at the parliament last week.

The Attorney General has been cited as the respondent of the petitions.

However, the deadline to file petitions and objections against the draft amendment is tomorrow (September 29).

Meanwhile, the Attorney General has appointed a special judge bench consisting of 05 Supreme Court justices to consider the petitions.

The petitions will be taken up for consideration on the 29th of September.