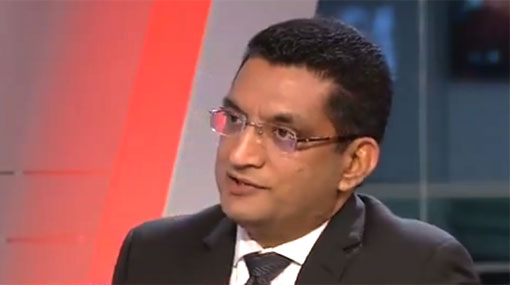 Speaking to Indeewari Amuwatte on @HydePark on Ada Derana 24, the Minister said that forming a constitution is an internal affair of the country and that there is no undue concern with regard to the  13th Amendment. ‘We should be able to do what we want’, he added.

Commenting on time-consuming legal processes, Sabry said that the government is looking at a multi-pronged strategy to increase the efficiency of the legal system.

“Ideally we need to increase the number of judges, number of courthouses, bring in technology, digitalization, allowing e-filing.”

When inquired on the obstructions with regard to the legal system that he would like to work around, Sabry listed infrastructure facilities, the archaic law, and a paradigm shift of the stakeholders.

The stakeholders are at their comfort end and are not willing to move out of it; however, when you talk to the stakeholders and their leaders, all want to change, he added.

Speaking on cases regarding child abuse, Sabry said that the Ministry is looking at setting up special courts with functioning camera, in order to protect the privacy of the children.

The Minister insists that sex education is the way forward to prevent child abuse. “We must educate the children on what are their rights, what are the limitations.”

He points out that tackling child abuse should be done through three processes: social justice and a safety net, education for both the parents and the kids, and good legal administration and enforcement of legal remedies.

He says that he is willing to work with the Ministry of Education on introducing sex education to school curriculum.

“When we were in the Bar Association, we were advocating that law should be taught to the students. A policy decision has been taken to include law as a subject for O/L and A/L students. Similarly, some sex education [is needed] for the kids, from probably grade 06 onwards or something at least to start with.”

Minister Ali Sabry says that he has already started the consultation process regarding the Muslim Divorce and Marriage Act and powering the legal division of the ministry in order to prepare a concept paper.

He says they are particularly looking at raising marriage age for Muslim girls.

“Doesn’t mean that only the Muslim girls get caught or get in to marriages, or get into relationships and bear children prior to 18. That’s a common problem. But in the Muslim Law you are lawfully permitted to do that. So I’m looking at reforming that.”