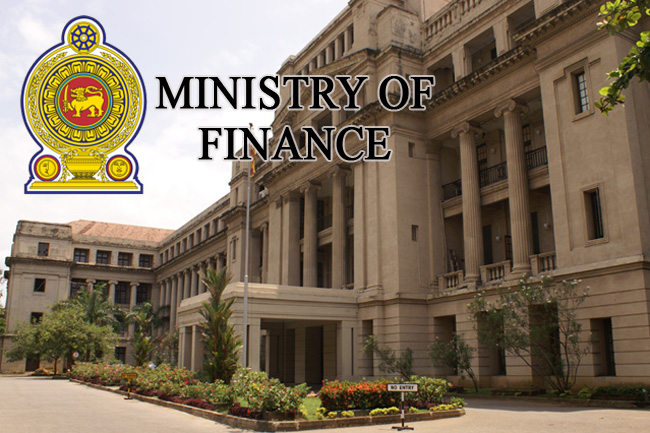 The Ministry of Finance, in response to Moody’s Investors Service downgrading Sri Lanka’s Sovereign rating on Monday (28), has stressed that the rating action is unwarranted.

The downgrade and the report, published by an international investment bank raising concerns about Sri Lanka’s economic and financial strength and external debt service capacity, have failed to do justice to the ground reality of the ongoing rapid economic recovery backed by vastly improved business confidence arising from the return of political and policy stability after a lapse of five years, the Finance Ministry stated.

The statement urges foreign investors not to be dissuaded by the recent “unwarranted rating downgrade” and the “erroneous analysis” published recklessly.

Any investor, as in the past, can approach the Ministry of Finance, the State Ministry of Money and Capital Market and State Enterprise Reforms, and the Central Bank of Sri Lanka, and the highest level officials of these entities remain committed to facilitating any one-on-one or roadshow discussions with investors, the statement read further.

The press release published by the Finance Ministry is as follows:

We observe, with disappointment, today’s (Monday 28) rating downgrade by Moody’s Investor Services and the recent release of an erroneous analysis by an international investment bank expressing concerns about Sri Lanka’s economic and financial strength and external debt service capacity. This downgrade and the report fail to do justice to the ground reality of the ongoing rapid economic recovery backed by vastly improved business confidence arising from the return of political and policy stability after a lapse of five years. Such an announcement is also unwarranted especially at a time when the new Government is about to announce its Budget for 2021, spelling out the policy framework proposed in the medium term.

While Sri Lanka too, like many of its peers in the emerging market group, experienced initial capital outflows, exchange rate depreciation, slowdown in activity, and pressure on government finances, in response to the effects of COVID-19 pandemic, unlike many of its peers, the country has been able to decisively deal with the domestic spread of the pandemic, for which Sri Lanka is hailed as one of the few countries to have been able to do so. The swiftness with which decisions were taken followed by the landslide victory of the Government, Sri Lanka is now moving along a recovery path towards growth and stability. Merchandise exports have returned to pre-COVID monthly averages of $ 1 billion. With the curtailment of non-essential imports, the trade deficit has improved notably. Although inbound tourist movements are not yet allowed, other services exports, including IT services and shipping, remain robust. Workers’ remittances have recorded a sharp increase in spite of the initial expectation of a slowdown. Amidst the COVID response the Government also initiated reforms in State Owned Enterprises (SOE), and the impact of such actions can be seen already with some SOE’s showing positive results.

Foreign Direct Investments, which slowed in the first half of the year, appear promising looking ahead, particularly with the expected inflows to the Port City project and for new manufacturing projects. The expected finalisation of new legislation for the Port City within a month will result in the realisation of investment by those who have already completed due diligence on such investment. Other expected investments include import alternative industries as well as investments by international financial institutions. With regard to portfolio flows, foreign inflows to the government securities market have already shown signs of resumption. The stock market indices have improved to pre-COVID levels. The tourism sector has been supported by the flourishing domestic tourist market. With increased emphasis on domestic agriculture, agro-based industries and resource-based industries, domestic economic activity has seen a remarkable turnaround with more opportunities being created for entrepreneurs to flourish, and available economic indicators point towards a promising recovery in the second half of the year, following the setback in the first half.

Given these developments, the exchange rate has sharply appreciated since mid-April, and remains stable at appreciated levels allowing the Central Bank to accumulate reserves through market purchases of foreign exchange. In fact, official reserves of the Central Bank increased to $ 7.4 billion by end August, and the Government has repeatedly expressed its ability and willingness to meet all its debt obligations falling due in the period ahead. The recently introduced measures to entice foreign investors to the government securities market and the real economy through an attractive foreign exchange swap arrangement are likely to help enhance foreign currency inflows, in addition to the support of friendly countries, such as the swap arrangement with the Reserve Bank of India in July and the expected disbursement of the 2nd tranche of the Foreign Currency Term Financing Facility proceeds from the China Development Bank in October.

Sri Lanka’s policy environment remains facilitative of enabling high economic growth beyond the recovery phase while preserving macroeconomic stability. On the back of over 11 years of well anchored mid-single digit levels of inflation, the Central Bank has pursued an increasingly accommodative monetary policy stance. Fiscal policy, while remaining focused on supporting the economy, will return to a path of consolidation as envisaged in the Government’s policy framework, “Vistas of Prosperity and Splendour”. Hence, both fiscal and monetary policies have prioritised supporting people, businesses and thereby the economy, without jeopardising the macroeconomic balance of the country.

Given these circumstances, the Government of Sri Lanka wishes to reaffirm to foreign investors that have put faith in Sri Lanka continuously over the past several years, that Sri Lanka remains willing and able to meet its debt obligations, as it has done impeccably in the past. In fact, Sri Lanka is one of the few countries to have recognised the external sector pressures and decisively curtailed all non-essential imports with a view to prioritising external debt service obligations. Furthermore, all payment transactions for the repayment of the International Sovereign Bond of $ 1 billion maturing on 4 October have already been lined up and funds will be credited to the paying agent’s account on 2 October.

It is puzzling that Moody’s has downgraded Sri Lanka on the eve of this repayment, which seems similar to the previous premature and reckless downgrades by rating agencies in the immediate aftermath of the end of the internal conflict in 2009 and during the political impasse at end 2018.

Accordingly, foreign investors are invited not to be dissuaded by the recent unwarranted rating downgrade and the erroneous analysis published recklessly, but to be guided by improving economic conditions as outlined above. As in the past, any investor can approach the Ministry of Finance, the State Ministry of Money and Capital Market and State Enterprise Reforms, and the Central Bank of Sri Lanka, and the highest level officials of these entities remain committed to facilitating any one-on-one or roadshow discussions with investors. In addition, the Government will commence regular roadshows to strengthen investor relations following the announcement of the National Budget in November, which will provide further clarity on the Government’s medium-term fiscal and financing plans.