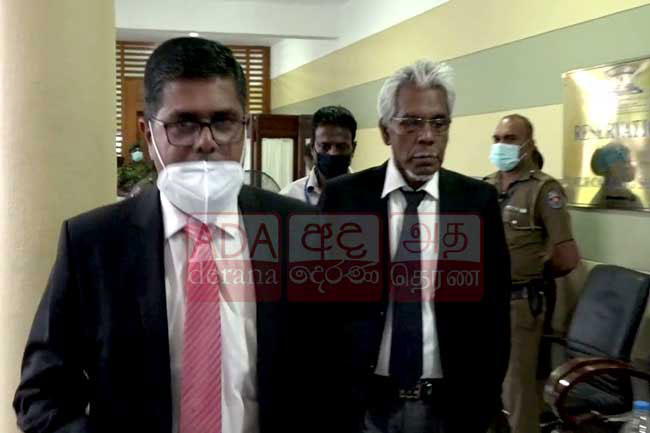 Zahran Hashim carried out the 2019 Easter Sunday terror attacks at the behest of another party, says parliamentarian Mujibur Rahman.

He points out that the woman named ‘Sara’ must be repatriated in order to obtain accurate information on the persons behind the attacks.

He mentioned this to the media after testifying at the Presidential Commission of Inquiry probing the Easter attacks.

“Information is there that the woman named ‘Sara’, who was a member of the suicide bombers’ team, is currently hiding in India. I told the Commission that if we can immediately repatriate ‘Sara’ from India, we will be able to know everything about the Easter attacks. Our question is who gave them the strength to organize and carry out a suicide attack in this manner. We can find all that out if we bring ‘Sara’ down from India.”

When inquired into his testimony that there is an unknown entity behind the attacks, Rahman said: “Muslims in Sri Lanka do not have issues that calls for suicide bombing. There is no need to fix bombs on their bodies and set them off at churches, religious places where innocent people are praying. Therefore, Zahran didn’t do this for the Muslim people. This was done at the behest of someone else.”