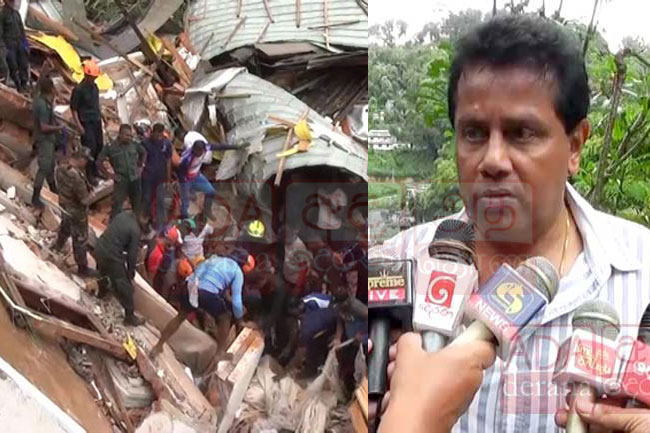 The owner of the collapsed building in Buwelikada, Kandy, Anura Lewke, has been arrested by the police.

A five-story building on the Sanghamitta Mawatha in Buwelikada, Kandy collapsed onto a nearby house on September 20, and a family of three – father, mother, and one and half month old infant – was killed in the incident.

While the owner of the collapsed building, former Basnayake Nilame of Dodanwala Natha Dewalaya Anura Lewke, claimed that the building was built up to proper standards with necessary approval, broad investigations were launched into the incident.

Upon information revealed in investigations, Lewke has been arrested this morning (29) under criminal charges, said Senior Superintendent of Police in Kandy Sudath Masinghe.

He has been charged for causing deaths of three people and property damage due to negligent construction, said Masinghe.

Prior to filing a case against the suspect, the police had obtained reports from several institutions including the Kandy Municipal Council, Urban Development Authority, National Building Research Organization, and Geological Survey and Mines Bureau, with regard to the collapsed building.

The suspect is to be produced before the Kandy Magistrate later today.