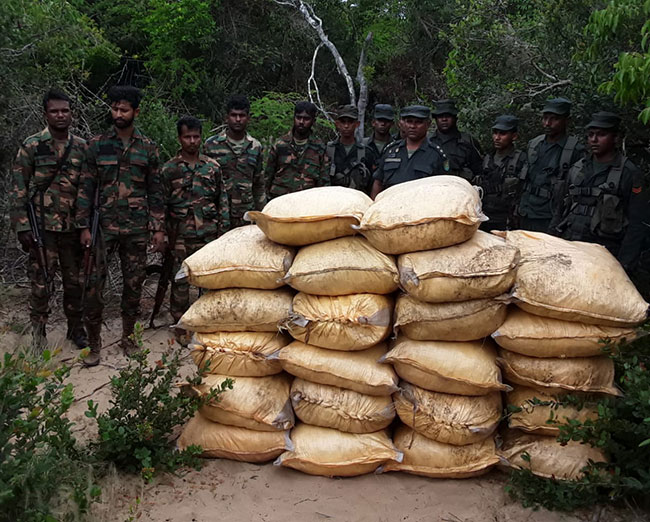 Army personnel have seized a consignment of 946 kilograms of turmeric, suspected to have been smuggled into the country illegally via the sea route, concealed at Kondachchi, Mannar.

A joint team of the 8 Battalion Vijayabahu Infantry Regiment and 3 Commando Regiment troops of the 54 Division in Kondachchi, Mannar after apprehension of a suspect on Monday (28) night took the consignment of  turmeric into custody early this morning (29).

The value of the stock exceeds Rs 3.7 million.

Alert troops observed a suspicious movement of a man in the nearby area and moved out to apprehend him but the man in question on seeing the troops began to flee.

Troops caught him and questioned about his movement in the area which afterwards led to detect the consignment of concealed turmeric stock.

The suspect and the contraband was handed over to the Mannar Police for further investigations, the Sri Lanka Army said.