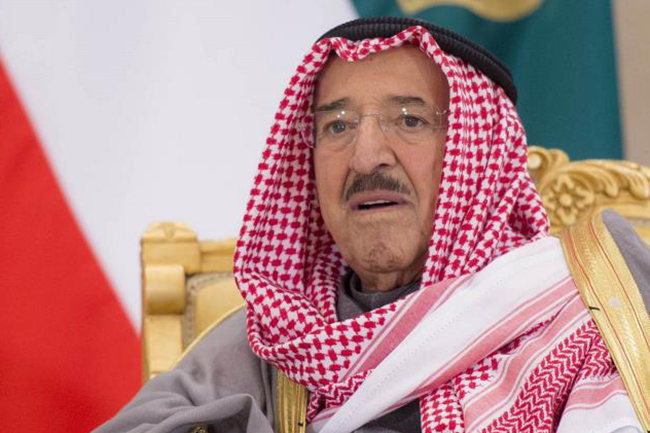 His Highness Sheikh Sabah Al Ahmad Al Jaber Al Sabah, the Emir of Kuwait, has passed away, his office announced on Tuesday, plunging his country into mourning for a leader regarded by many Gulf Arabs as a savvy diplomatic operator and a humanitarian champion.

Sheikh Sabah, 91, had ruled the wealthy oil producer and US ally since 2006 and steered its foreign policy for more than 50 years. His designated successor is his brother, Crown Prince Sheikh Nawaf Al Ahmad Al Sabah.

“With the utmost sadness and grief for the Kuwaiti people, the Islamic and Arab world and people of friendly nations, the Emiri Diwan mourns the death of Sheikh Sabah Al Ahmad Al Jaber Al Sabah, the Emir of Kuwait,” his office said.

The Emir had been in hospital in the US since July following surgery for an unspecified condition in Kuwait that same month.

Condolences poured in from across the Arab world, and several countries in the Gulf and wider region announced mourning periods.

“Today we lost a big brother and a wise and loving leader .. who spared no effort for Arab unity,” Jordan’s King Abdullah said in a Twitter post.

The Kuwaiti dinar fell against the US dollar in the forward market on Tuesday and Kuwaiti stocks plunged, ahead of the official announcement of the Emir’s death.

There was no immediate official announcement of the succession process but diplomats have said they expect Sheikh Nawaf, 83, to assume power as heir in a smooth transition.

A succession is not expected to affect oil policy or foreign investment strategy through the Kuwait Investment Authority, one of the world’s biggest sovereign wealth funds. Oil policy is set by the Supreme Petroleum Council, appointed by the Emir.

The new Emir’s choice of crown prince and prime minister -- who would be tasked with managing the government’s often difficult relationship with parliament -- will be watched closely, especially at a time when Kuwait’s finances have been strained by low oil prices and the coronavirus pandemic.