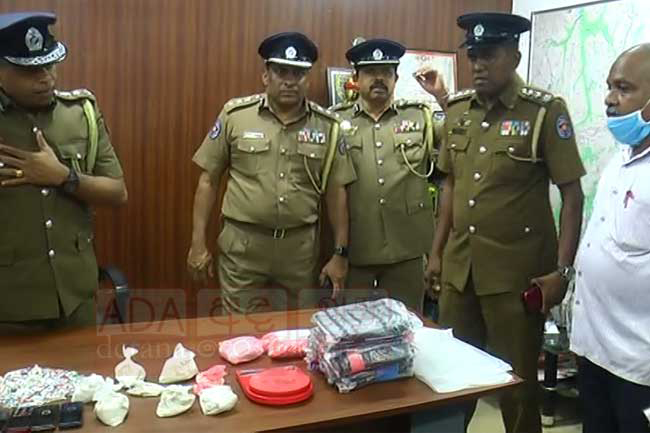 Five including females arrested with heroin worth Rs. 10 M

Five including two females have been arrested near the Apeksha Hosptial in Maharagama, while in possession of heroin worth Rs. 10 million.

The seized haul contained 1kg and 100g of heroin, according to the police.

The raid was carried out by the officers of Maharagama Police, acting on information received on the racket.

The police expect to obtain detention orders on the suspects after producing them before the Gangodawila Magistrate’s Court.