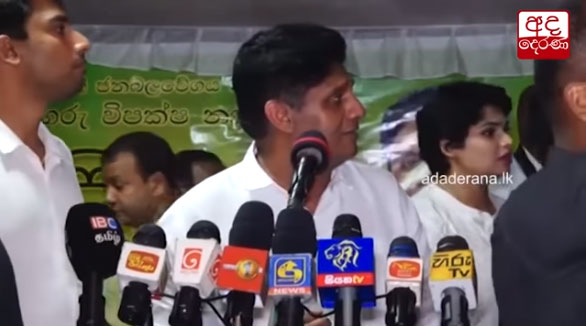 Two suspects have been arrested over the incident of pelting stones at a meeting attended by Opposition Leader Sajith Premadasa in Ratmalana.

The Samagi Jana Balawegaya (SJB) leader was addressing the public meeting last night (30) when certain individuals had pelted stones in the direction of the stage.

Responding to the incident during his speech, Premadasa said that he will not leave because stoned are pelted and added that “we all know who engages in politics in Ratmalana.”

UPDATE: (4.23 p.m.) - The two suspects arrested over the incident have been remanded until October 07 after being produced before the Mount Lavinia Magistrate’s Court.