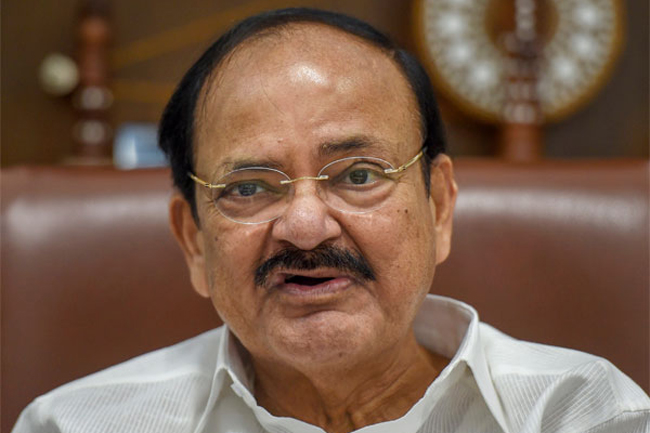 Vice-President of India M. Venkaiah Naidu tested positive for Covid-19 in a routine test on Tuesday morning. He is asymptomatic and has been advised home quarantine.

His wife Usha Naidu has tested negative and is in self-isolation, the official Twitter handle of the Vice-President stated.

“The Vice President of India who underwent a routine COVID-19 test today morning has been tested positive. He is however, asymptomatic and in good health. He has been advised home quarantine. His wife Smt. Usha Naidu has been tested negative and is in self-isolation,” the official Twitter handle stated.

The monsoon session of Parliament was cut short by eight days due to the increasing number of Covid cases. While it was scheduled to conclude on October 1, both the Houses were adjourned sine die on September 23.

The Vice-President is the Chairman of the Rajya Sabha.

As of Tuesday, India has 9.47 lakh active cases, while 51 lakh have been discharged. A total of 96,318 people have died due to coronavirus so far.