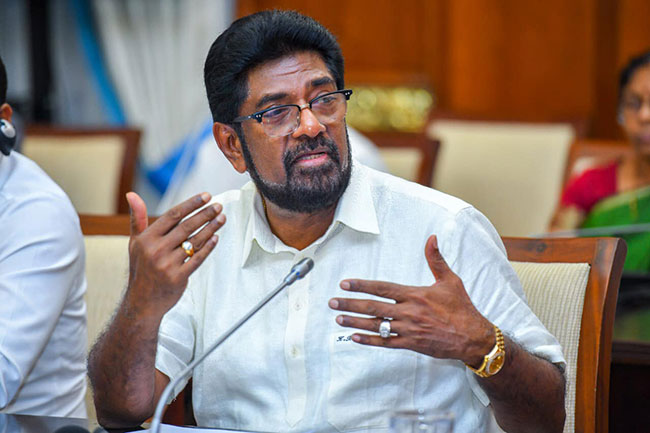 President Gotabaya Rajapaksa stated that if Sri Lanka Post would look at how the international delivery and postal services operate and identify its untapped potential it can become a major contributor to the national economy.

The President added that with the proper management of resources possessed by the Sri Lanka Post it could reach this goal comfortably, the PMD reported.

President Rajapaksa made these comments during a discussion with the State Ministry of Postal Services and Professional Development of Media Personnel to review its future plans at the Presidential Secretariat, yesterday (29).

It was pointed out that the introduction of new postal/delivery services and new technologies rendering the Postal Department operate swiftly and efficiently would make it a profit earning entity.

Old Postal Buildings could be renovated to be tourist attractions with the assistance of the Ministry of Tourism. It was decided to renovate the old Central Post Office building at Colombo Fort preserving its historical architecture.

Head of the Presidential Task Force for Economic Revival Basil Rajapaksa commended the Postal Department for its services during the height of the COVID-19 pandemic in distributing pharmaceuticals and other medication to the houses when the curfew was in effect.

“The improvements in “Speed Post” service provided by the Postal Department will attract more customers.” He added.

The gem businessmen are compelled to use expensive private delivery services for their exportation purposes. Mr. Basil Rajapaksa stressed that if the Sri Lanka Postal Services had implemented a Door to Door Delivery System it will be able to secure a higher revenue.

Focusing the discussion on journalistic standards, it was said that plans have been made to establish a training institute to improve professional skills of the journalists.

“An escalation in the number of complaints with regard to targeting and harassing certain individuals, institutes and businesses by certain electronic, printed and social media has come to light. All these facts were taken into account and the need to amend the Press Council Act was discussed in depth.”

Taxes on dubbed foreign TV shows were removed during the COVID 19 pandemic upon request by the TV channels and it was decided to impose them again at the meeting, the PMD said.

It has been planned to introduce an impartial rating system covering the entire island to rank the local TV channels using the feedback of the spectators with the collaboration of the survey teams from the University of Kelaniya. It was agreed to allocate provisions and commence this programme immediately.

Minister Keheliya Rambukwella, State Minister Sadasivam Viyalendran, Secretary to the President, P.B. Jayasundera, Cabinet and State Ministry secretaries and Heads of the Line Institutes were present at the discussion.