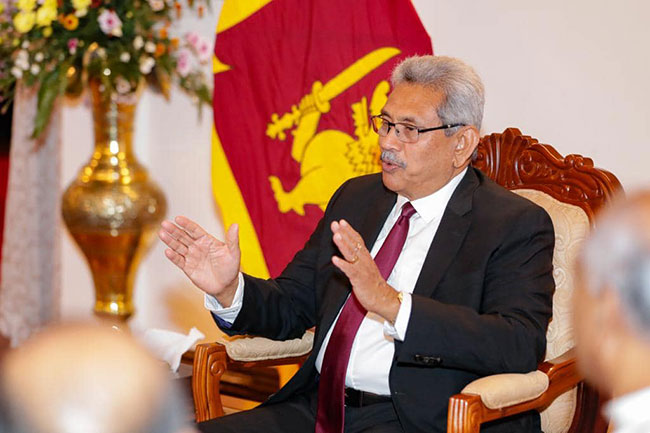 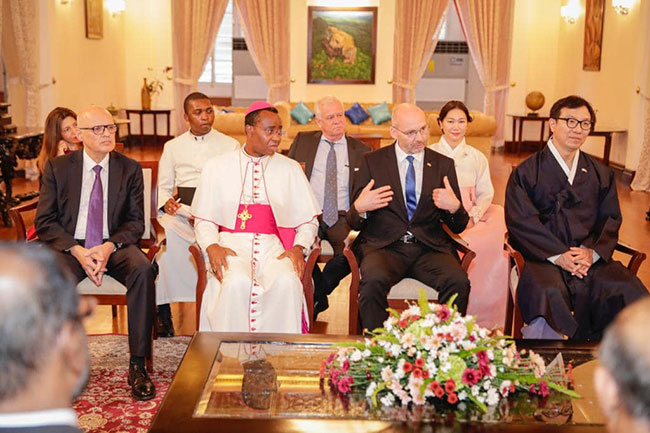 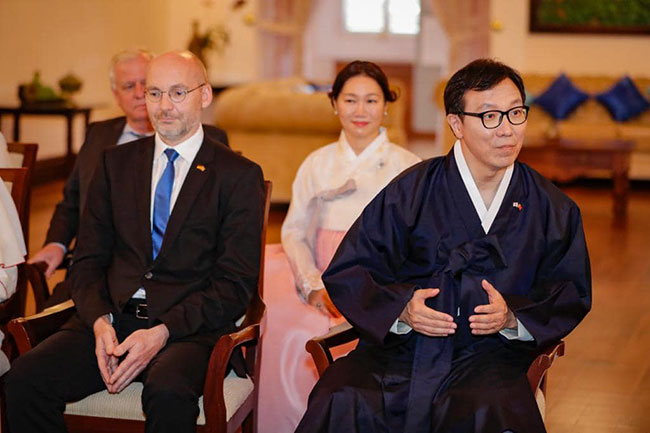 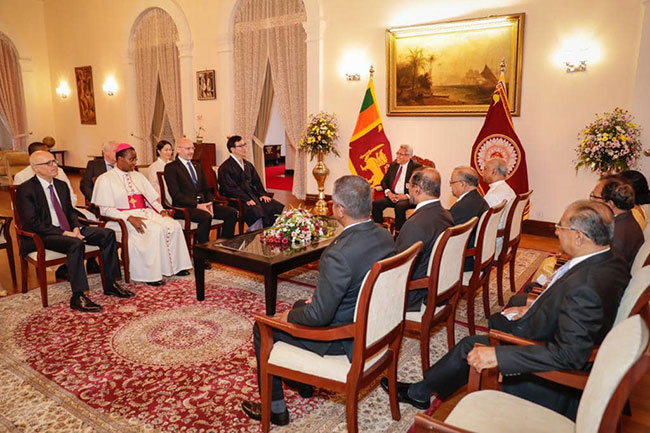 Sri Lanka is located in a place of strategic importance and therefore, the country is attracted to many parties, says President Gotabaya Rajapaksa. “In this context, Sri Lanka has chosen neutrality as its foreign policy.”

“Our top most priority is mutually beneficial development cooperation. This country is open for foreign investments.”

He mentioned this during a brief cordial conversation with four newly appointed Ambassadors to Sri Lanka, following the presentation of their credentials at the President’s House on Wednesday (30).

Explaining Sri Lanka’s policy towards the Indian Ocean during the discussion with the new envoys based in Colombo, it was mentioned that the Indian Ocean should be a free zone open to every country. “Five decades ago, it was Sri Lanka that proposed Indian Ocean to be declared as a zone of peace.”

While paying attention to the development efforts of Sri Lanka in the recent past, after defeating terrorism in 2009 priority of the Government as well as the people of Sri Lanka was to achieve a rapid development, the President said.

“The economy was weakened due to terrorism. We required foreign investments for speedy development. China came forward to invest in development projects in the country. It was only a commercial transaction between our two countries. But some described this as a manifestation of a pro-China policy. Sri Lanka is a friend of all countries.”

Expressing their views, the Ambassadors commended both government and the people of Sri Lanka for successfully controlling the COVID–19 pandemic. “Sri Lanka is so safe”, Ambassador of Korea Mr. Jeong Woonjin remarked.
Ambassador of the Federal Republic of Germany Mr. Holger Lothar Seubert said he is pleased to be appointed as an envoy to Sri Lanka that has overcome the COVID–19 pandemic.

“We are not here to lecture you but to offer any possible assistance. We are certain that Sri Lanka is capable of choosing what needs to be done. We are ready to extend our cooperation to achieve development aspirations of Sri Lanka”, both German Ambassador Mr. Holger Lothar Seubert and Switzerland Ambassador Mr. Dominik Furgler echoed.

Communicating congratulations of Pope Francis to the government for the massive mandate received during elections, Apostolic Nuncio of the Holy See Monsignor Brian Udaigwe said he was a member of the entourage of the Holy Father during his visit to Sri Lanka in 2015. The Apostolic Nuncio said the geographical location is a great gift to Sri Lanka.