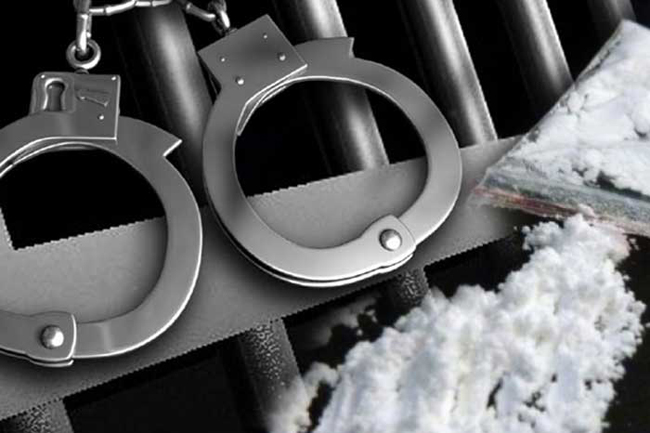 Three including women in possession of heroin nabbed in Oluvil

Three including two women have been arrested in Oluvil area while transporting heroin in a three-wheeler.

The arrest was made by the officers of Akkaraipattu Police acting on information received on the suspects.

The police officers have seized 25g of heroin and Rs. 19,000 in cash, purportedly earned from trading drugs, during the operating.

The arrestees, aged between 25 and 35 years, were identified as residents of Palamunai area.

They have been produced before Akkaraipattu Magistrate’s Court and Akkaraipattu police officers are conducting further investigations on the incident.

In the meantime, a 40-year-old, in possession of a Kerala cannabis consignment, was arrested in the area of Udagewatte in Meegoda.

The officers of crimes prevention unit of Nugegoda Police, who made the arrest, had seized 17kg and 300g of Kerala cannabis on the suspect.

He was to be presented before the Homagama Magistrate’s Court today. Meegoda Police is probing the incident further.