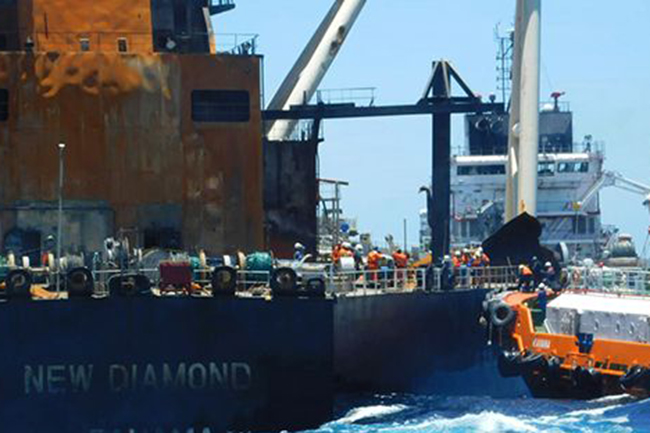 MT New Diamond yet to settle claim; vessel not permitted to leave

He has further told the MEPA that other claims are yet to be settled by the owners of the vessel, according to the Attorney General’s coordinating officer State Counsel Nishara Jayaratne.

MEPA has meanwhile stated that approval cannot be granted to the crude oil tanker to leave Sri Lankan waters until the negotiations are concluded.

State Counsel Jayaratne said the MEPA has informed the Attorney General on the matter.