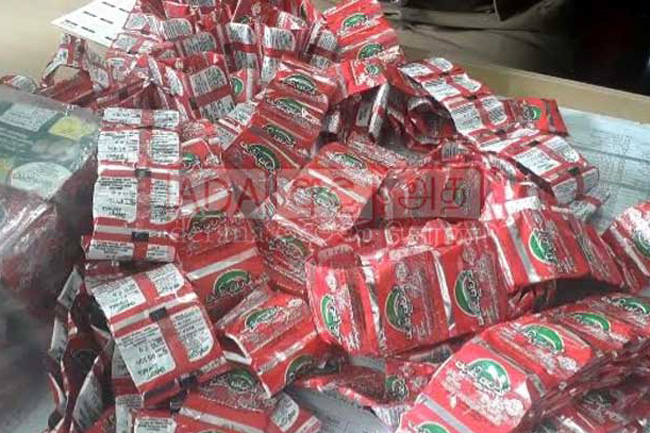 Two suspects who were involved in selling cannabis-mixed Babul to school children and students attending tuition classes in the Buttala area have been placed under arrest.

The Police have seized 5,300 packets of cannabis-mixed Babul which were intended for sale. Each packet of drugs had been priced at Rs. 10.00, reports revealed.

According to preliminary investigations, the suspects had carried out the racket within Buttala town limits in a clandestine manner.

The arrestees, aged 57 and 65 years, have been identified as residents of the same area.

They are to be produced before the Wellawaya Magistrate’s Court.