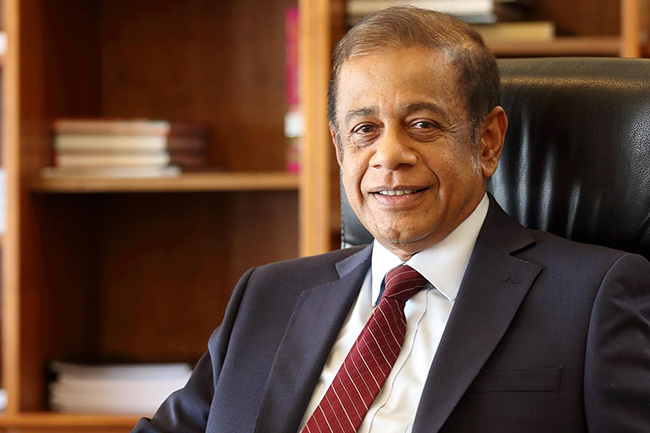 Former Defence Secretary Hemasiri Fernando told the Presidential Commission of Inquiry probing the Easter Sunday terror attacks that the value of national security was put on the back burner behind politics by the leaders of the country at the time.

He further alleged that the open animosity between the former President and former Prime Minister left a massive gap in the chain of command.

During the proceedings, the Additional Solicitor General of the Government asked the witness whether his experience as a naval officer was sufficient for the role despite having served as the Defence Secretary.

Fernando replied: “Since I served in the Navy, I thought it would be an additional qualification for the position, but now I believe it puts me at a disadvantage.”

In response, Fernando said he considered it a great honour to have served as a naval officer.

When questioned of the reason for not even attempting to telephone the former President Sirisena regarding the intelligence warning received prior to the Easter attack, Fernando replied, “I didn’t call him, and I must explain my reasons for that. Two days after assuming the position, I went to meet the then-President to get his signature on some documents. At that time, I had received the first intelligence report from the State Intelligence Service (SIS) which I informed him about. At that point, the President looked at me and said that Nilantha had informed him about it. On a separate occasion when Nilantha gave me another intelligence report, I told the President about it when I went to meet him, but he told me again that Nilantha had already informed him about it.”

Continuing, he said, “When I met Nilantha I asked him of the meaning of this procedure to which he responded by saying that he informs the President about every piece of information he receives. And that he also informs the Defence Secretary too. So, I assumed that he must have already told the President about the attack warnings at the time. After the attacks, I went to meet the President to hand over my resignation as the Defence Secretary, he was reading the newspapers at the time. I asked him then as to why Nilantha, who had informed him about everything else, failed to report him about this information. To this, the President did not offer a response and continued to read his newspaper.

Subsequently, the chairman of the PCoI on Easter Sunday attacks asked the Fernando, “When Nilantha gave you the intelligence warning on April 20, did you not ask him then whether he had informed the President?”

The former Defence Secretary replied: “No, I did not think to ask him that, since I assumed he must have informed the President already. Otherwise, Nilantha could have told me to inform the President at that time. The other thing is, when foreign intelligence agencies receive such sensitive information, they do not use WhatsApp to inform anyone. Instead, the intelligence officials meet and discuss these in person.

The Additional Solicitor General then asked the witness, “But isn’t it the Defence Secretary’s responsibility o inform the President?”

Fernando responded that it may have been his responsibility, but due to the alienation he experienced at the time, he was not that enthusiastic.

To this, the chairman of the PCoI probing the Easter attacks asked, “You have mentioned this alleged alienation on many occasions, however, during the Sinhala and New Year, you travelled all the way from Diyathalawa to wish the President. Did you not inform him of the intelligence warning at that point?”

The witness responded that he had no animosity with the then-President.

He further said: “Now, Nilantha had told everyone else that this was a huge issue. But, had he told me the same thing, I would have summoned him and asked what the solution to the problem is. If I am to be held responsible for not informing the former President, then I believe that Nilantha must bear three-times as much responsibility for the same.”

The Additional Solicitor General then asked Fernando if this means that he accepts responsibility for the attacks. Fernando said, “I will not say that I am free of any responsibility. There is collective responsibility here. There are other parties involved as well.”