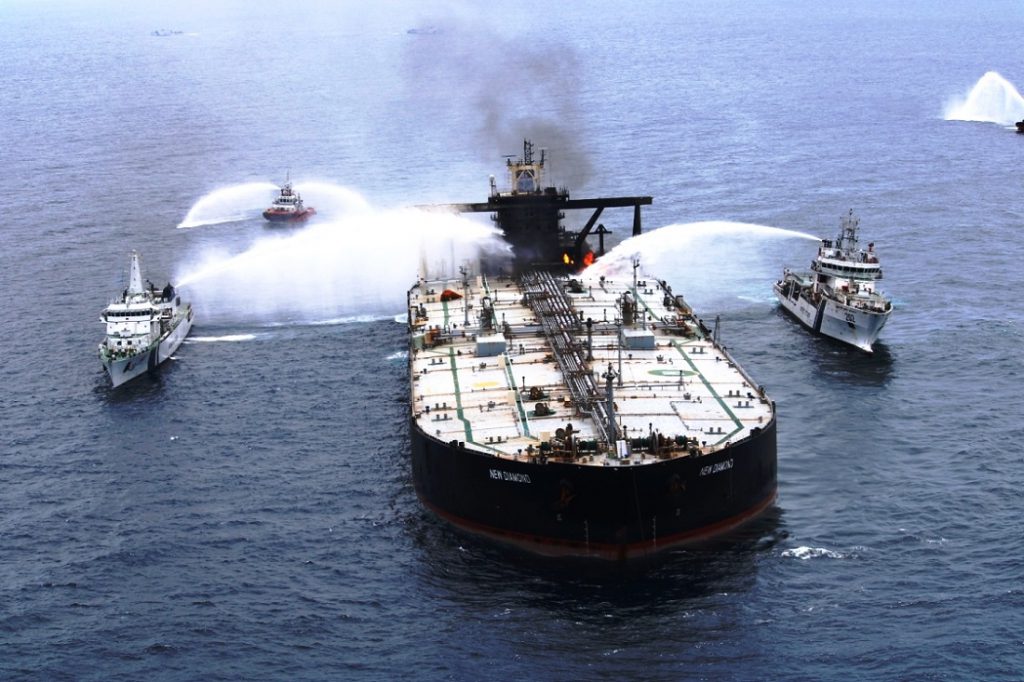 The government of Sri Lanka has received a claim of Rs 442 million from the owners of ‘MT New Diamond’ crude oil tanker for the actual expenses incurred by the government stakeholders in controlling the fire onboard the ship.

However, this does not cover the marine pollution caused by the tanker which was on fire, the Attorney General’s coordinating officer Nishara Jayaratne said.

The owners and the salvors of the ill-fated crude oil tanker had last month agreed to settle the government’s claim for the costs incurred by the Sri Lankan government in the assistance rendered to the ship and other related matters.

Accordingly, the ship owners and the salvors had agreed to immediately and fully settle the government stakeholders’ claim of Rs 442 million.

The Maritime Rescue Coordination Centre (MRCC) in Colombo on Friday granted permission to the owners of the ‘MT New Diamond’ to tow the vessel away from Sri Lankan maritime border.

Permission had been given subject to the payment of compensation and cost incurred by the Government agencies.

The owners of ‘MT New Diamond’ are already in the process of towing the vessel away from Sri Lankan waters and it is likely to sail towards the United Arab Emirates (UAE), where its oil cargo would be transferred to another ship for further supplies to Indian Oil Corp.