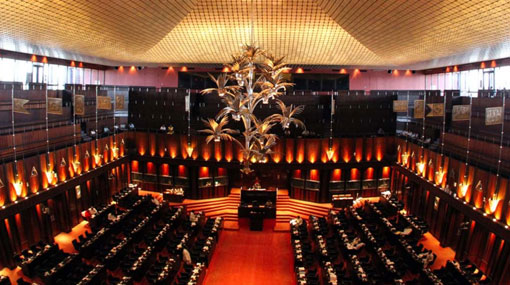 Cabinet approves tabling of Appropriation Bills 2020 and 2021 in parliament

The Cabinet of Ministers approved the proposal to publish and table the Appropriation Bill for the fiscal years 2020 and 2021 in the parliament.

The Cabinet, on August 19, granted approval for the drafting of the Appropriation Bill for the Fiscal Year 2020 by the legal draftsman.

Accordingly, the total recurrent expenditure for the financial year 2020 is estimated as Rs 2,692 billion, and the capital expenditure as Rs 1,846 billion.

The estimated provisions including the following provisions:

- Provisions allocated by the two Vote on Accounts previously passed by Parliament.
- Provisions for Estimated Expenditure for the Year 2020 approved by the President in terms of Article 150(3) of the Constitution.
- Provisions for the accounting of Rs. 211 billion spent for the year 2019 but has not been accounted.

Meanwhile, the drafting of the Appropriation Bill for the Fiscal Year 2021 was approved by the Cabinet on September 16.

As per the Bill, the total recurrent expenditure for the financial year 2021 is estimated as Rs 2,690 billion.

The capital expenditure for the year 2021 is estimated at Rs 2,216 billion.

The Attorney General’s clearance has been received for both Appropriation Bills.

The proposals to table the aforementioned bills in the Parliament were submitted to the Cabinet by Prime Minister Mahinda Rajapaksa in his capacity as the Minister of Finance.