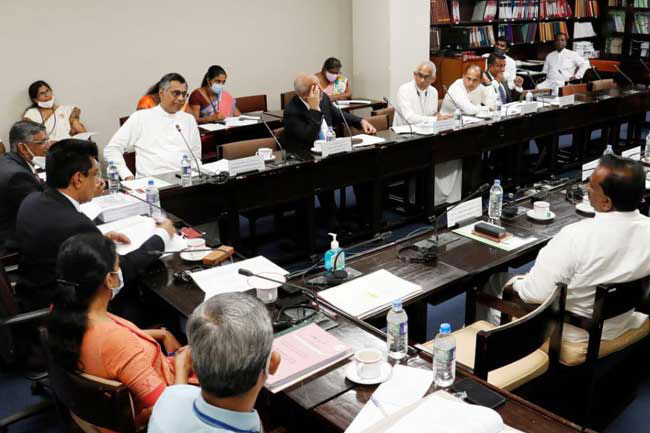 Over Rs 1 billion loss on purchase of coal, COPE reveals

It was revealed at the Committee on Public Enterprises (COPE) held yesterday (06) that a loss of Rs. 1.1 billion has been incurred as a result of not specifying the quantity of coal required when calling for tenders for the purchase of coal by the Ceylon Coal Company (Pvt) Limited.

It was also revealed that the Ceylon Coal Company (Pvt) Limited had purchased coal under the short-term method, without following the proper procurement process.

This was revealed at the first meeting of the Committee on Public Enterprises (COPE) held in Parliament convening a group of senior officials of the Ceylon Coal Company Limited to inquire into the procurements made by the Coal Company.

The officials told the committee that they expected to take the advantage of the fluctuations in market prices by purchasing coal under the short-term method rather than the long-term method. However, the Chairman of the Committee on Public Enterprises further pointed out the need to implement these tenders with the approval of the Cabinet of Ministers in accordance with the prescribed procurement process.

It has been revealed that the Secretary of the Cabinet Procurement Committee has been absent from the Procurement Committee on eight occasions and an Additional Secretary has been appointed for this purpose. Therefore, the COPE Committee noted that there is a problem with the legitimacy of decisions taken. However, officials said that it was possible to appoint an additional secretary for this purpose. The Chairman recommended to submit an immediate report to the COPE to ascertain whether this was correct.

Although it was stated in the newspaper advertisements that 5 years’ experience in coal supply is required, the matter of issuing applications to companies with 3 years’ experience was also discussed at this meeting. The committee was of the view that this had put the coal company at a disadvantage. The committee also discussed that there was no formal procedure for the last day of bidding. The Committee decided that these matters should be duly investigated.

The committee also noted the need for regular meetings with the Ceylon Electricity Board, the Ceylon Shipping Corporation, the Ceylon Coal Company and the relevant ministry and COPE members also drew attention to the cost of diesel power plants and coal power plants.

The COPE Chairman finally recommended to submit all reports on these matters to the COPE within a month.