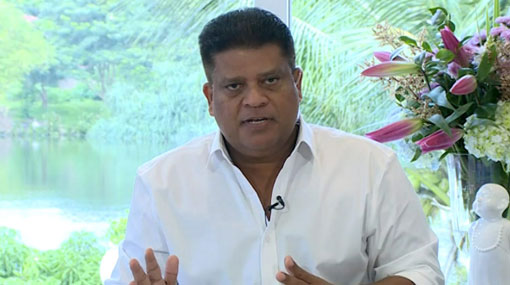 Complaints have been received that residents near homes of persons identified with COVID-19 have not been taken into quarantine, states the National Operation Centre for Prevention of COVID-19 Outbreak (NOCPCO).

In a NOCPCO meeting held last afternoon (13), the capacities of hospitals and allocations of hospitals at district levels in the event of any emergency were re-visited and reviewed.

The acting Director-General of Health Services sought Lieutenant General Shavendra Silva’s assistance to expand admission possibilities for patients in the North in case any emergency arises.

Responding to the request, Lieutenant General Shavendra Silva, Army Commander and Head of NOCPCO, told the meeting that the Army would be ready with 100 beds in the event of any emergency in the North and all arrangements with necessary accessories could also be made available.

Meanwhile, speaking to the TV Derana breakfast show ‘Derana Aruna’ this morning (14), the Army Chief said that it is very important to have accurate data in the trace of contacts.

“Eighty among the infections detected yesterday are from the quarantine centers. Another 114 are reported to be non-quarantined but also not self-quarantined elsewhere. The majority of these are reported from areas where curfew is currently in place.

Mainly, 36 cases of COVID-19 have been reported from Gampaha, 38 from Minuwangoda, 34 from Divulapitiya, and 42 from a boarding house at an area in Seeduwa where there is no curfew. In addition, 04, 07, or 08 cases on average from Kurunegala, Kirindiwela, Colombo, and Ganemulla are detected including 07 from Colombo and 04 from Kirindiwela.

Further, Kaduwela, Nugegoda, Ratmalana, Negombo, Ja-Ela non-curfew areas, Kalutara, Ratnapura, Ganemulla, Anuradhapura, and Horana are identified as areas where at least one COVID-19 infection is reported. At least one infected person has been found in the various parts of Sri Lanka. There are cases reported from Colombo as well.

However, there is sometimes an overreaction from people. There were situations where shops were closed due to reports of infections in the area. However, what is really needed to be done is to be cautious, ensure that you are not infected with COVID-19, and live in a way that you would not infect others with the virus.”

The Army Chief also added that it is an important factor that at least one person is detected from an area as one person can spread the virus to a large number of others.