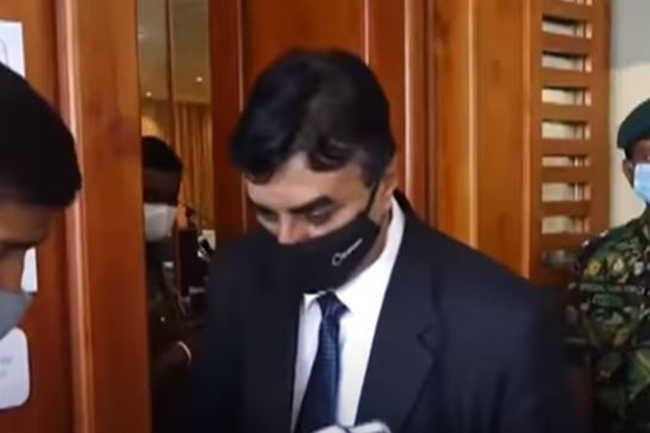 There are mysterious reasons behind failure to prevent Easter attacks  Pujith

During the proceedings, the State’s Additional Solicitor General brought the attention of the former GIP to a document containing intelligence information, sent to him by the State Intelligence Service (SIS) the day before the attack.

He asked the witness if the relevant document sent by the SIS Director Nilantha Jayawardena contains detailed information on Zahran Hashim and his associates.

Jayasundara, responding in the affirmative, said “This document carries more detailed information about the terrorists than any other document sent by the SIS earlier with intelligence information including details on Zahran Hashim and his brothers Rilwan and Zain. It contains clear information on Saadik and Shahid brothers who were involved in Lord Buddha statue vandalism in Mawanella, as well as on Ibrahim brothers from Dematagoda who denotated bombs at Cinnamon Grand and Shangri-La hotels. This came to my attention as a very special document.”

The Additional Solicitor General then asked the witness as to what actions were taken with regard to the document if the it came to his attention as a ‘special intelligence document’.

Former IGP replied, “Irrespective of how comprehensive the information was, this document, sent on the evening of 20th, clearly says that further investigations are being conducted on the reported intelligence.

The Additional Solicitor General subsequently said, “Didn’t Nilantha Jayawardena call and tell you in the evening that there will be an attack either the following day or before that after sending the intelligence document in the afternoon on the 20th?”

He added, “That means, by that time, the SIS did not have their own information to confirm this information. That is why I asked Nilantha to tell Nandana and that I too will look into it.”

The Additional Solicitor General then put to the witness that the Easter Sunday terror attacks took place due to a weakness of Sri Lanka Police.

Jayasundara admitted that he has a responsibility as the country’s IGP when this incident happened.  “I have not said at any point that I did not know about any of this. I will never say that. But I am not the only person with accountability. I do not accept it that this happened owing to a weakness of the police. Officers performed their duty amid great hardships faced by the police.”

He went on to say that there were mysterious reasons behind the failure to prevent the attack. “How people who supported turned the other way, how continuing investigations were turned, the prevalent political environment, receiving foreign money and turning of informants. There are many similar secretive and ultra-secretive reasons. There are some which are yet to be revealed. When I get a chance at the end of my testimony, I will reveal as to why we weren’t given information formally, why it was the IGP who was expelled from the security council on infantile reasons. It was not even the second most senior officer of police that was convened to the security council after me. Besides, he had been given instructions in secrecy, not to divulge what was discussed to me. So how can I be informed? Look into these things.”