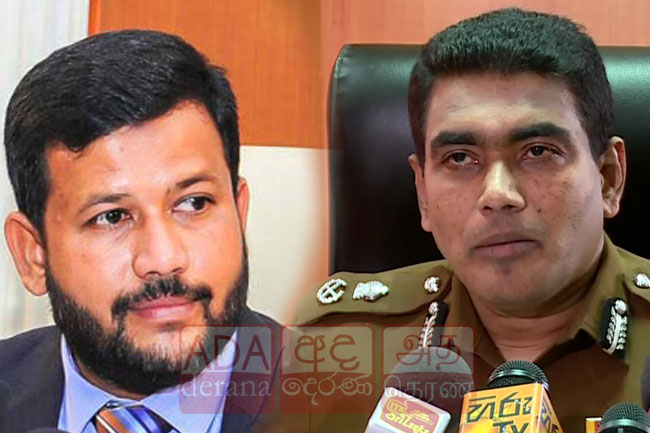 Seven suspects have been arrested for aiding and abetting MP Rishad Bathiudeen to evade arrest, stated the Police Media Spokesman.

The suspects arrested by the Criminal Investigation Department (CID) are to be produced before the Fort Magistrate’s Court this evening (19), stated DIG Ajith Rohana speaking at a press conference held earlier today.

He further said that during the arrest of Bathiudeen, it was revealed that there was a group of people who provide protection to persons wanted by the police.

The DIG said that 02 among the 07 arrestees had been arrested on October 17 at the Wellampitiya area. Upon interrogation, it has been revealed that the parliamentarian had stayed at a house in Kohuwala, Kalubowila, for a period of time before being moved to a house in Dehiwala on October 15.

Among the arrestee are a lady doctor, her husband, a foreign employment agent who escorted the MP from the first house to the second, and the owner of the Dehiwala house where the parliamentarian was arrested at.

The vehicle used to escort the parliamentarian has also been taken into the custody of the CID, according to the Police Spokesman.

MP Bathiudeen was arrested by CID officers at a housing complex located at Ebenezer Place in Dehiwala this morning (19).

Rishad Bathiudeen has currently been escorted to the CID and will be produced before a court following investigations, he said.