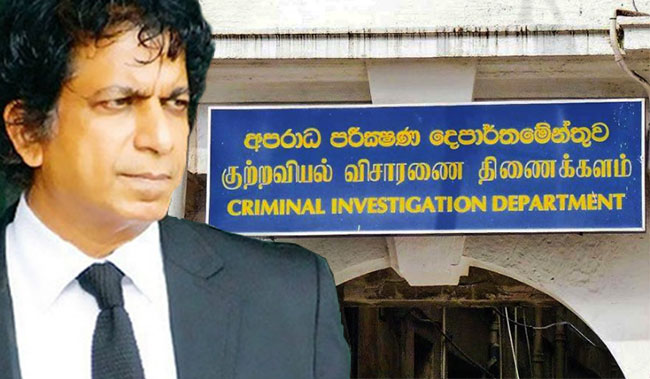 Attorney General Dappula De Livera had advised the Criminal Investigations Department (CID) on the prudence to place MP Rishad Bathiudeen under surveillance 24 hours before the issuing of the directive to arrest the former minister.

AG’s coordinating office State Counsel Nishara Jayaratne said that the arrest of MP Rishad Bathiudeen is not something that had happened suddenly.

The Attorney General had advised the high-raking CID officers to carry out suitable surveillance on MP Rishad Bathiudeen and to stay alert regarding him, 24 hours before the advice was handed in writing, the AG’s coordinating office said.

She stated that if the CID officers had followed the AG’s verbal advice of pre-preparation and had carried out proper surveillance activities, the suspect would not have been able to flee.

Meanwhile the Attorney General had today provided the Acting IGP with further advice in writing with regard to the criminal investigation against MP Rishad Bathiudeen and also met with the investigative officers of the CID.

It was revealed during that discussion that the CID is also carrying out investigations regarding over 10 more incidents related to MP Bathiudeen, the AG’s CO said.

The AG also presented the Acting IGP with detailed information pertaining to those investigations and issued instructions to conduct further investigations under the offence of Money Laundering and also to appoint a special team of experienced and knowledgeable officers to carry out the investigations efficiently and thoroughly.

The AG also instructed to carry out criminal investigations against all individuals who had aided and abetted MP Rishad Bathiudeen to evade arrest and remain in hiding and to report to the court.

AG instructed to specially investigate into the individuals who held press conferences and made statements that the former minister was in hiding, she said.

The AG also called for reports on progress of investigations within the next 2 weeks.