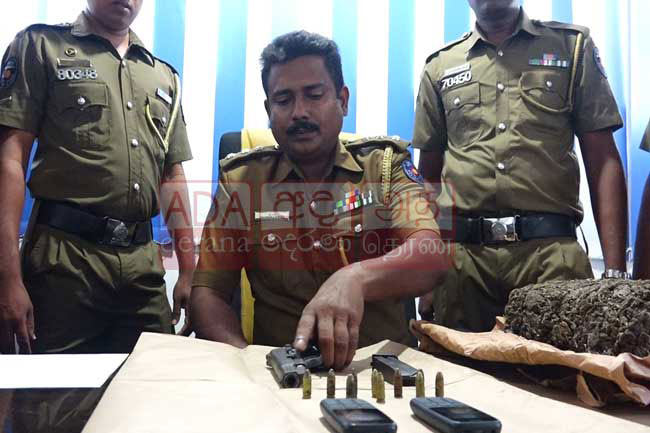 Jeyaraj Neville Darshan alias ‘Panchikawatte Neville’ has been arrested in Panchikawatte in a raid carried out by the Crime Investigation Unit in the Colombo Central Division.

The suspect was arrested at an apartment complex in the Jampettah Street area at around 2 pm this afternoon (19), Police Media Spokesperson DIG Ajith Rohana said.

The suspect has been found in possession of a ‘Browning’ pistol, two magazines and 10 rounds of ammunition.

The police has also seized 02 kilograms of cannabis found in his possession, the DIG said.

The suspect has been produced before the Slave Island Police and is being further investigated by the Crime Investigation Unit in the Colombo Central Division.

DIG Rohana further said that a 7 day detention order is expected to be obtained against the suspect.