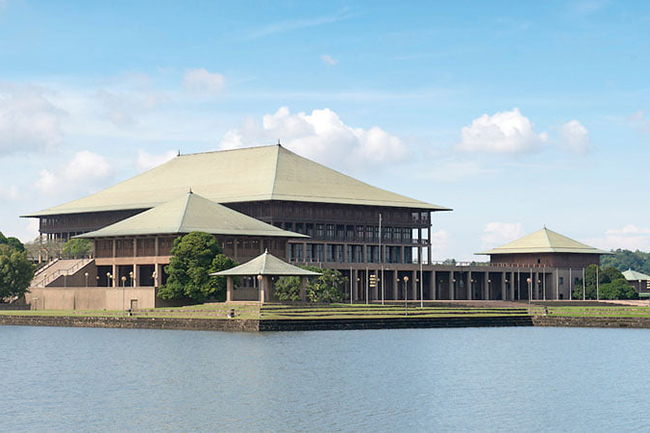 SCs decision on 20A to be tabled in Parliament today

The secret decision of the Supreme Court regarding the constitutionality of the draft bill of the 20th Amendment to the Constitution is expected to be presented to the Parliament today (20).

It was referred to Speaker of Parliament Mahinda Yapa Abeywardana on the 10th of October.

The debate on the proposed 20th Amendment will be held in Parliament on the 21st and 22nd October, as decided during the meeting of the Committee on Parliamentary Business held last Friday (16).

The draft bill of the 20th Amendment to the Constitution was tabled in Parliament on the 22nd of September after the Cabinet of Ministers gave the nod.

Subsequently, 39 petitions in total were filed against the draft bill, citing the Attorney General as the respondent.

The Supreme Court then concluded the consideration of petitions filed challenging the draft bill on the 5th of October.