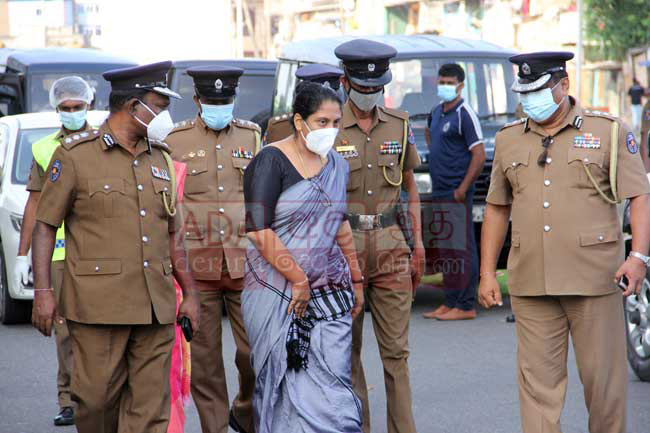 Body of Makandure Madush to be handed over to family

UPDATE (1.20 pm): The Colombo Additional Magistrate has ordered the Judicial Medical Officer to hand over the body if ‘Makandure Madush’ to his legal wife after the post mortem.

The Magistrate’s inquest of the notorious underworld figure and drug kingpin ‘Makandure Madush’, who was shot dead in a crossfire between police and other suspected underworld figures in Maligawatte this morning (20), is currently underway.

The Magistrate of the No. 4 Magistrate’s Court in Hulftsdorp, Colombo inspected the scene and the body, according to Police Media Spokesman DIG Ajith Rohana.

The deceased’s wife had identified the body before the Magistrate and the body is to be handed over to relatives after the post mortem, he added.

“The two police constables injured in the incident are currently receiving treatment at the Colombo National Hospital.