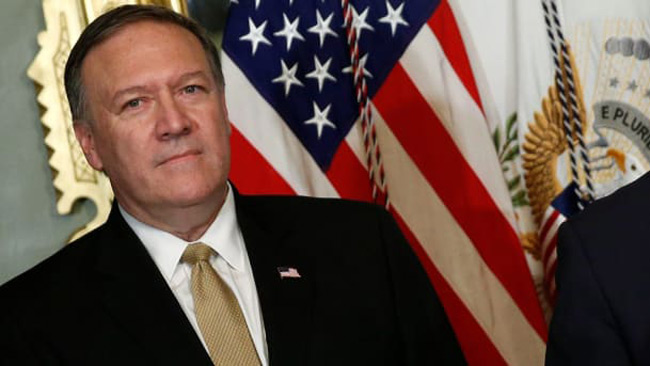 In the final week before the US presidential elections on November 3, Secretary of State Michael R Pompeo plans to visit Sri Lanka and the Maldives, after attending the talks in Delhi, India.

Pompeo will hold two-way talks in Colombo on October 28, a spokesman for Sri Lanka’s foreign ministry said, but gave no details.

Pompeo’s stop in Colombo comes amid US and Indian concerns at China’s stepped-up engagement with the government of recently elected Prime Minister Mahinda Rajapaksa and his brother, President Gotabaya Rajapaksa.

Earlier this month, a high-profile Chinese delegation led by Yang Jiechi, former foreign minister, Communist Party Politburo member and head of the Central Foreign Affairs Commission, had visited Colombo. Following discussions with the delegation, Gotabaya Rajapaksa had said that the two sides would restart negotiations for a free trade agreement, and aim to complete the Colombo Port City and other projects quickly. He also said he wanted a China-style development for Sri Lanka.

Prior to Yang’s visit, the US and Chinese embassies in Colombo had traded barbs, with US Ambassador Alaina B Teplitz saying in an interview that while Sri Lanka should engage with China, it “should do so in ways that protect its sovereignty and generate real prosperity for everyone, not just elites”.

The Chinese Embassy reacted angrily, saying it was shocked that “a foreign envoy from a third country openly played off China-Sri Lanka relations and severely violated the diplomatic protocol”. It accused the US of making a “despicable attempt to manipulate others’ diplomatic relations”.