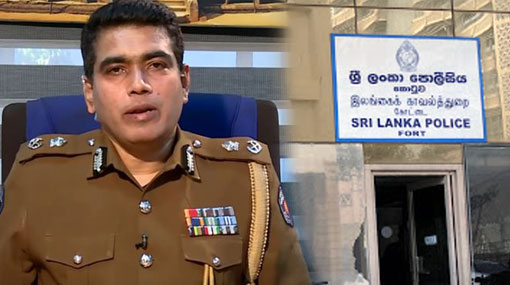 The Fort Police Station has been temporarily closed after an officer attached to the police station had tested positive for COVID-19 yesterday.

Speaking to the ‘Derana Aruna’ programme this morning (21), he said that all police officers attached to the police station have currently been directed to self-quarantine.

It was reported yesterday that an Inspector of Police (IP) serving in the Western Province Special Investigation Unit (SIU) of the Fort Police Station had tested positive for the novel coronavirus, COVID-19.

Upon identification, the officer had been admitted to the Infectious Diseases Hospital (IDH) in Angoda while 11 officers of the SIU were also been directed for quarantine.

DIG Ajith Rohana said the Western Province SIU is located in a room within the same building premises of the Fort Police Station and that around 12 police officers are attached to this unit.

He said after one of these officers had tested positive for the virus the entire unit was quarantined and that around 48 other police officers who were in the Fort Police Station at the time have been placed at the station for now.

In addition to this all other officers who had been assigned to the station over the past couple of days have been directed to self-quarantine within those barracks.

The Police Spokesman said that the premises of the Fort Police Station will be disinfected within the day and that they are expecting to reopen the police station after bringing in other police officers hopefully by this evening.