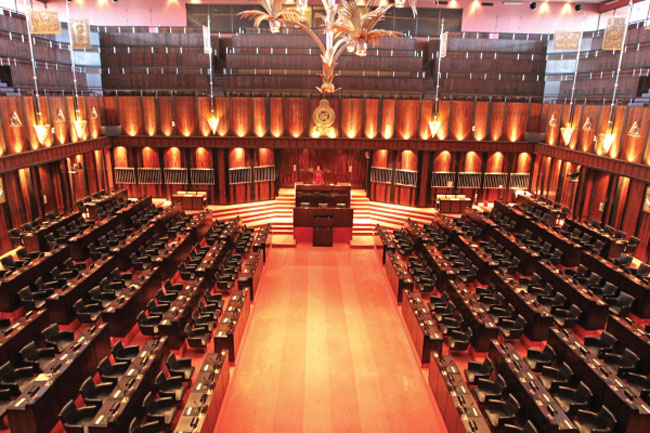 Parliament to commence debate on 20A today

The debate on the proposed 20th Amendment to the Constitution is scheduled to commence in Parliament this morning (21), as decided during the meeting of the Committee on Parliamentary Business.

Accordingly, the Members of the House will debate the draft bill from 10.00 am to 7.30 pm today and take it up for voting tomorrow (22).

The Committee Stage of Bill is slated to commence tomorrow at 7.30 pm post the debate.

Following the conclusion of the debate, the questions that are to be raised by the parliamentarians in anticipation of oral answers will not be tabled in the House, the Communications Department of the Parliament said, adding that the sessions will not be adjourned for lunch break.

The secret decision of the Supreme Court regarding the constitutionality of the draft bill was presented to the Parliament yesterday (20).

Minister of Justice, President’s Counsel Ali Sabry meanwhile said the government decided to remove Article 05 and 22 of the draft bill and that measures are underway to change two other Articles.

In the meantime, Samagi Jana Balawegaya (SJB) appointed a four-member committee to look into the changes that are being made by the government to the draft bill of the 20th Amendment.

MP Tissa Attanayake said the relevant committee will fill in the fellow SJB parliamentarians on the matter tomorrow.

Minister Udaya Gammanpila meanwhile commented that steps will to be taken to pass the draft bill in the House with new amendments.

Further, the Experts Committee to Draft a New Constitution has decided to obtain public opinion on the matter. Thereby, any citizens who are willing to submit their views are requested to do so in writing, before the 30th of November.

The public can send in their suggestions typewritten in A4 papers either in Sinhala, Tamil or English languages, the committee said, while urging to make a concise presentation of their suggestions.

The proposal can be directed via post or e-mail to the following addresses:

The Committee requests the public to use a new page for each of the following topics mentioned below: