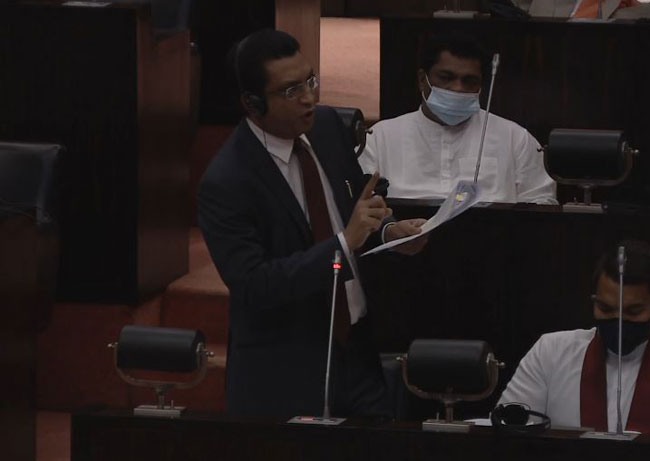 Debate on 20A commences

The two-day debate on the proposed 20th Amendment to the Constitution commenced in the Parliament a short while ago.

Opening the debate, Minister of Justice Ali Sabry stated that the government has made amendments to the draft bill considering the public opinion.

Despite having being given the go-ahead from the Supreme Court, the government has decided to amend the draft in consideration of the concerns raised by the public on the draft constitutional amendment, he said.

Accordingly, the draft will be amended to limit the Cabinet of Ministers to 30 portfolios with another 40 non-Cabinet portfolios, and the Emergency Bills will be limited to cases of national disaster or events affecting national security, among other amendments, Sabry said.

He further said that the 2 Articles determined inconsistent with the Constitution will also be amended as per the order of the Supreme Court.

However, more amendments to the current draft bill will be added during the Second Reading of the Bill, Sabry stated in reply to a query by MP Anura Kumara Dissanayake.

Sabry says that, through the proposed constitutional amendment, they have not granted the President with extra powers, but has just given back the powers vested in the President by the people’s mandate that was later removed by the 17th Amendment and later amendments made to the Constitution.

Sabry stated that the subsequent amendments were made to benefit former Prime Minister Ranil Wickremesinghe who couldn’t be elected President despite running for the post.

He pointed out that as per the constitution if the people have conferred powers to the president, they should only be exercised by the President or someone derives authority from the President and not by any other institute.

The Minister further affirmed that there is no article in the proposed 20th Amendment that wasn’t previously there in the 1978 Constitution.

Through the proposed 20th Amendment, the President has fewer powers than that was in the 1978 Constitution, he added.

He also added that there is confusion in the current Constitution with regard to the President holding the portfolio of the Minister of Defense when the Constitution itself has named the President as the Commander in Chief of the Armed Forces and holds him responsible for the security of the country.