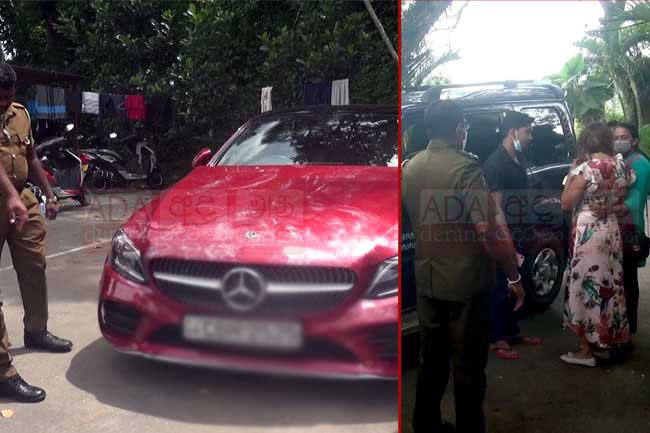 Man killed after being hit by car driven by wife

A man has been reported dead in a collision with the vehicle driven by his wife, a millionaire businesswoman, in the Polgasowita area, stated Ada Derana reporter.

According to our correspondent, the deceased husband had jumped in front of the moving vehicle being driven by the wife, on the Welekumbura road towards Polgasovita Junction.

It has been revealed that the deceased 42-year-old man had been a drug-addict and the police had previously received several complaints of harassment from the wife.

Reportedly, the man had been under drug rehabilitation for one year during their 3-year marriage and had been under remand custody over the possession of heroin for a month until last Thursday (October 15).

However, on October 20, the man had harassed the wife for money leading to the woman locking the husband out of their home and leaving to stay with her daughter from a previous marriage.

Later, the husband had broken into the house from a window and the wife had lodged a complaint at Kahathuduwa Police on the incident.

As per a statement issued by the woman in question, the husband had attempted to jump in front of her vehicle when she was leaving for her daughter’s place. However, she had managed to steer the vehicle in the opposite direction just in time to avoid a collision.

When she was returning back home, later, the husband had been waiting near a culvert on the Welekumbura road only to jump in front of her car once again.

The woman says that the husband was hit by the car as she had been unable to control the speed of the vehicle.

She had subsequently alerted the police and the police officers had moved the body of the husband, who had died on the spot due to critical injuries, to the Matara Divisional Hospital.

The Magistrate’s Inquest has been carried out by Acting Magistrate of Kesbewa Court Sunethra Perera.

The woman involved in the incident has been arrested by the Police and is to be produced before Kesbewa Magistrate’s Court.