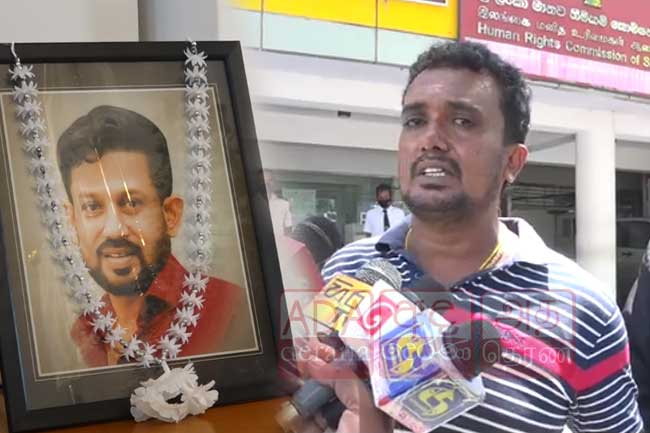 The Human Rights Commission of Sri Lanka (HRCSL) has received a complaint in connection with the death of drug kingpin Samarasinghe Arachchilage Madush Lakshitha alias ‘Makandure Madush’, who was killed in a shooting on Tuesday.

The complaint has been presented by the Committee for Protecting Rights of Prisoners while its Secretary, Sudesh Nandimal Silva, said they also intend to initiate legal action with regard to this.

He also said that they are prepared to inform international organizations regarding the incident in the future.

The Secretary of the Committee for Protecting Rights of Prisoners said that if the police are not involved in the death of ‘Makandure Madush’ who was in police custody, then legal action should be taken against the underworld gangs connected.

He added that legal action also must be taken against the police officers who failed to provide proper security to suspects in their custody.

He said that these officers at least have to be suspended from the service, however no such thing has happened. He said that people like Madush are not guilty by birth and that it is with this social system that they become guilty.

He stated that a proper rehabilitation programme needs to be implemented instead of “answering to these with a bullet.”