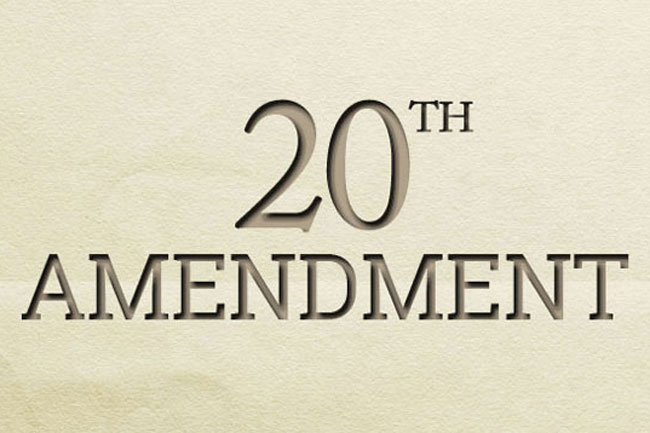 Major constitutional changes to be brought in by 20A

The 20th amendment to the constitution was passed with a two-thirds majority in parliament on Thursday (22), and it will be considered as the country’s law, once signed by Speaker Mahinda Yapa Abeywardena.

With the introduction of the new amendment, several constitutional changes are to take place.

Under the observation of Parliament, the President possesses the power to appoint the Chief Justice Justices to the Supreme Court, President of Court of Appeal and its judges, the Attorney General, the Inspector General of Police, the Auditor General and the Ombudsman.

The President also possesses the power to hold a ministerial post under his purview.

The number of Election Commission members has been revised to 05 and the President is given the power to appoint members of the election body as well as its chairman.

The Constitutional Council will be abolished and instead the Parliamentary Council has been introduced.

Being a dual citizen will no longer serve as a disqualification to run for the Presidency or contest a parliamentary election as the barrier was removed by the newly-passed amendment.

The power to appoint the Heads of Departments is now vested with the Cabinet.

Through the 20th Amendment, the number of Supreme Court judge has been increased from 11 to 17 while the number of Court of Appeal justices was raised from 12 to 20.

The new constitutional amendment will, however, continue to keep the term of office of the President at a maximum of five years and a maximum of two terms.

Apart from these, the 20th Amendment does not include any other proposals that require a public referendum for passing.