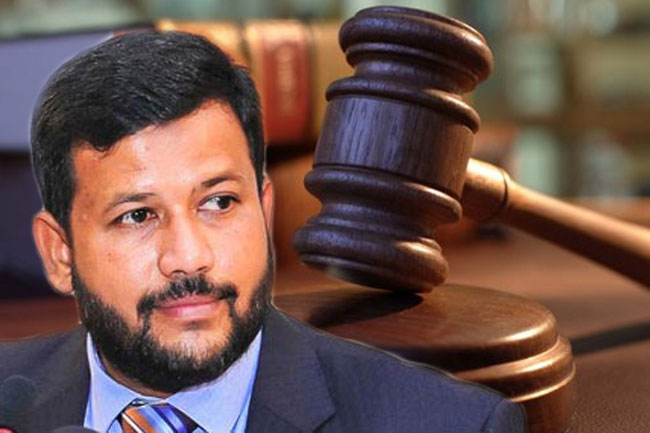 Accordingly, the parliamentarian was re-remanded until the 10th of November.

They have allegedly misused 222 buses belonging to the state-owned Sri Lanka Transport Board (SLTB) for transporting internally displaced persons (IDPs) from Puttalam to polling stations in Silavathurai, Mannar during the 2019 Presidential Election.

MP Bathiudeen was subsequently arrested at a housing complex located at Ebenezer Place in Dehiwala in the early hours of October 19.

He was later produced before the Fort Magistrate’s Court and remanded until today. The magistrate also announced that the verdict on the bail application submitted by the defence counsels will be delivered on the same day.

However, when the bail application was taken up today (27), MP Bathiudeen was not presented before the court as he is currently under quarantine at the facility in Pallasena.

Colombo Fort Magistrate Priyantha Liyanage, delivering the verdict on the bail application, said it is the responsibility of the government to ensure the citizen’s suffrage, however, the government is not authorized to do so unlawfully.

Contrary to the defendant’s claims, then-Finance Minister Mangala Samaraweera, in his testimony, has maintained that he gave out instructions to transport the IDPs to polling stations in compliance with the legal procedure, he said further.

Investigations have revealed that the process in question had taken place outside the legal framework, the magistrate mentioned while delivering the verdict.

He also noted that MP Bathiudeen had absconded the CID officers for six days despite being aware of the police sleuths’ attempt to arrest him.

Considering the submissions, the magistrate ordered to re-remand the parliamentarian and the project accountant Alagarathnam Manoranjan until the 10th of November.

The verdict on granting bail to the project director Mohamed Samsudeen will be delivered next week as he has submitted a medical report to the court claiming that he is suffering from an illness, the magistrate announced.

In the meantime, the seven suspects who were arrested for aiding MP Bathiudeen to abscond the CID officers were released on bail conditions.