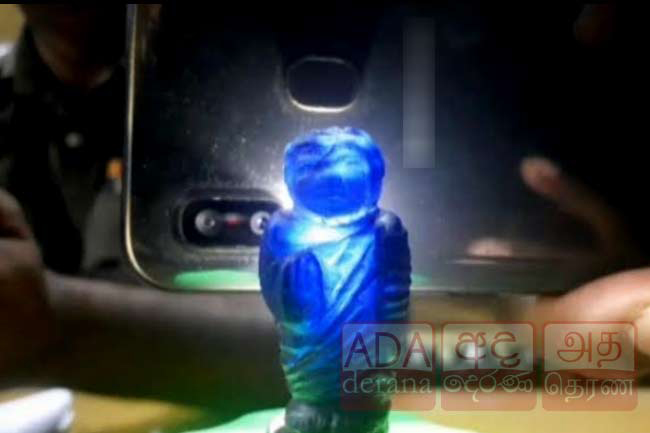 The officers of Monaragala crimes investigation unit have arrested five suspects who were in an attempt to trade a Buddha statue carved of blue sapphire.

Four suspects including a saffron-robed person were initially arrested in the Kumbukkana area during the police operation, while one of them fled the scene.

The escapee, who is said to be the accomplice of the main suspect, was later arrested by the police officers following a lengthy investigation.

He was identified as a 36-year-old from Pillawela area in Buttala and has been handed over to the Monagarala Police for further investigations.

The blue sapphire statue in question is estimated to be worth nearly Rs 8 billion.