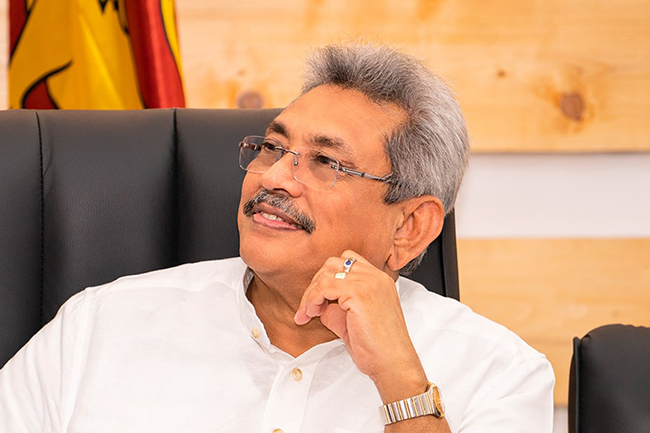 President Gotabaya Rajapaksa, in his message for Milad-Un-Nabi, says the virtues learnt from the character of the Prophet must be socialized to achieve mutual prosperity, reconciliation among different ethnic groups and the common good.

Sri Lankan Muslims today celebrate the birthday of the Prophet Muhammad in solidarity with the Muslim brethren around the world, the President said, adding that it is his view that ideal of sacrifice that the Prophet made for the sake of humanity lays the foundation for a better and more developed society.

The President appealed to people to eliminate hatred and suspicion among each other and live with the qualities that Prophet Muhammad preached.

Today the entire humankind is faced with an enormous challenge in the wake of COVID-19 pandemic, which is spreading across the globe causing unprecedented hardships, the President said further. Living while giving priority to religious beliefs at a time of distress like this brings solace to mind.

The President is hopeful that, when the world celebrates the birth of Prophet, Muslims will join hands with determination to defeat all forms of extremism and create a better society keeping in line with the values he professed.

I wish a happy Milad-Un-Nabi to the Sri Lankan Muslim community as well as to the Muslims around the world.