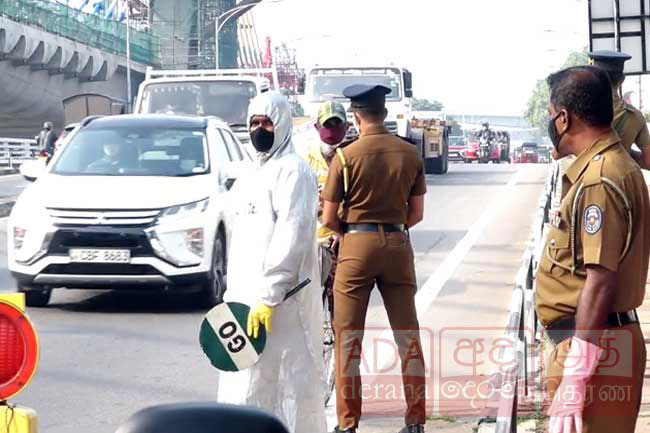 There are reports that some who had organized excursions and pilgrimages were planning to leave the Western Province before the curfew is imposed tonight (29), stated Police Media Spokesperson DIG Ajith Rohana.

Speaking to media, he said that only a limited number of individuals will be allowed to enter or exit the boundaries of the Western Province.

He added: “No persons who are not involved in essential services will have the opportunity to cross these boundaries. The same will apply for the expressway. In addition, roadblocks have been set up at the exits and entrances of the Western Province from this morning.

“We have received some reports that people who had planned pilgrimages and trips are trying to leave the Province as the curfew is imposed at midnight today.

“The meaning behind this curfew is not that COVID-19 will spread after 12 midnight. The aim is to prevent infected persons within Western Province leave the province. Some are allowed to leave within reason. We will look into it if people leave the province without a proper reason.”