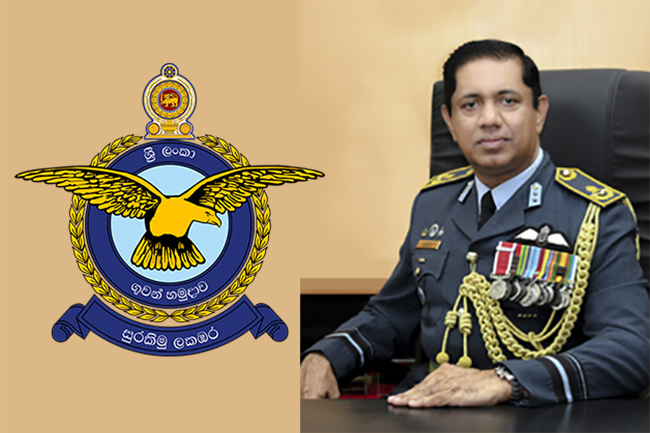 The appointment, made by President Gotabaya Rajapaksa will come into effect from the 2nd of November, the SLAF media said.

Pathirana joined the Air Force on the 2nd of July 1985. Upon completion of his Basic Ground Training at SLAF Diyatalawa, he had secured the award for the Best Cadet of the 14th Officer Cadets Intake.

He is a past student of Dharmaraja College in Kandy.

In 2002, he became the first Sri Lankan Air Force Officer to obtain the Masters in Operational Art and Science awarded by the Air University, Alabama in the United States.

He also served as the first Defence Attaché at the Embassy of Sri Lanka in the Russian Federation from 2007 to 2009.

He subsequently served at the Ministry of Defence as the Deputy Military Liaison Officer from 2009 to 2011.