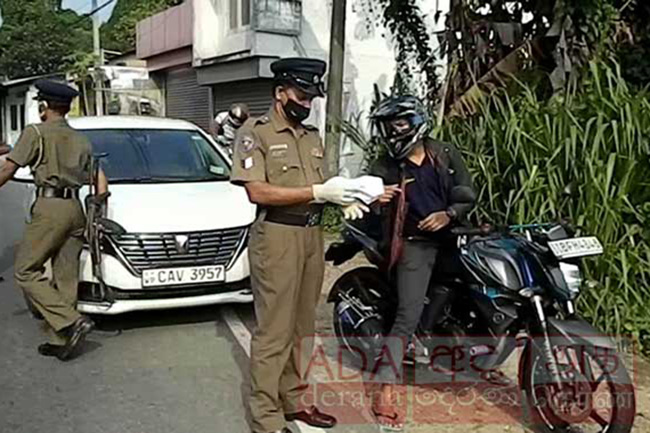 Police operation to trace those who left Western Province before curfew

Sri Lanka Police have mounted a special operation to trace those who had stepped out of the Western Province yesterday disregarding the request made by the authorities.

Legal action will be taken against such persons under the Quarantine and Prevention of Diseases Ordinance, Police Spokesperson DIG Ajith Rohana warned.

He added that reports regarding persons who had avoided police checkpoints to leave the Western Province to lodge at tourist hotels in other provinces have been received.

“We had informed those residing in the Western Province yesterday not to leave the limits of the province under any circumstances before quarantine curfew is imposed,” DIG Rohana said adding that details on people who disregarded the request will be collected and those who enter the Western Province after curfew is lifted on Monday morning will be strictly monitored.

Cases will be filed against them if it is revealed that they had left the province on Thursday or Friday, he stressed.

The police spokesperson further said movement of vehicles on expressways have been limited. He added that those who reside in southern areas and wish to use the Southern Expressway for any unavoidable reason are allowed to do so, however, only up to the Kurundugahahetekma interchange.

In the meantime, 24 persons were arrested for violating quarantine curfew within the past 24 hours. According to reports, 1,259 curfew violators have been taken into custody since quarantine curfew came into effect following the outbreak of Covid-19 cases in Minuwangoda. A total of 176 vehicles have also been seized.