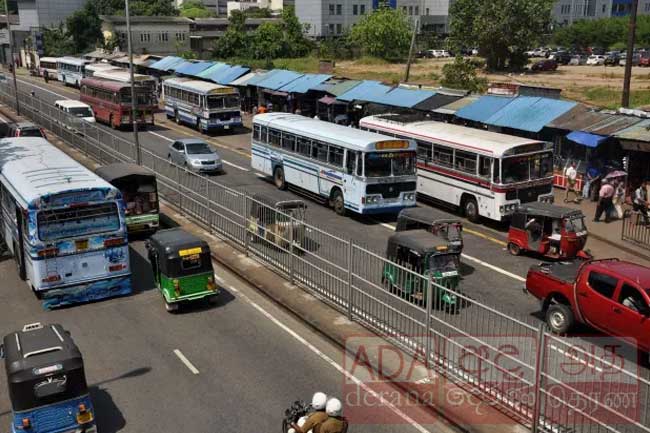 All passenger bus services that enter and exit the Western Province have been temporarily suspended.

State Minister of Bus Transport Services Dilum Amunugama stated that all passenger bus services have been suspended from leaving the Western Province until midnight on November 15 (Sunday).

He also said that buses from other areas have been requested not to enter the Western Province until then.

Meanwhile people in the Western Province have been prohibited from travelling outside the province with immediate effect until midnight on Sunday (Nov. 15)

Earlier today, President Gotabaya Rajapaksa had instructed officials to take necessary steps to prevent movements from the Western Province, where the majority of the COVID-19 infected were identified, to other parts of the country.

The President had also said that no one should be allowed to enter or leave the areas which have been designated as isolated areas.

He had issued this directive during the daily briefing with the members of the Task Force on COVID-19 Prevention held at the Presidential Secretariat today (11).