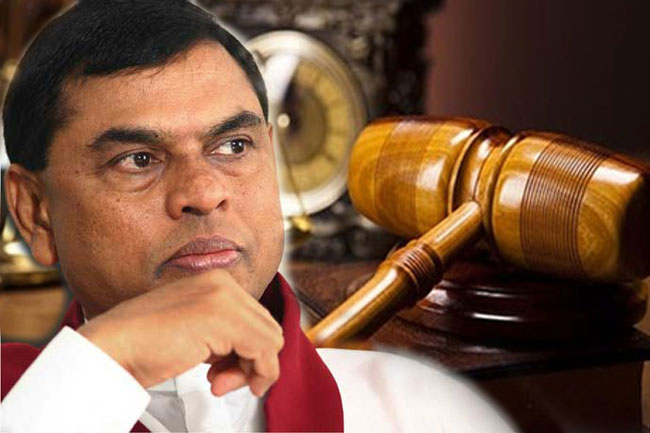 The overseas travel ban on former Minister Basil Rajapaksa has been lifted as per an order from the Colombo High Court, Ada Derana reporter said.

The case against the former Minister of Economic Affairs Basil Rajapaksa and three others, over the misappropriation of ‘Divi Neguma’ funds, was taken up before the High Court Judge R. Gurusinghe today (23).

President’s Counsel Gamini Marapana, appearing on behalf of Basil Rajapaksa, stated that his client needs to go abroad on official business as he is chairing a Task Force Committee on Economy appointed by the President.

A letter confirming, issued by the Secretary to the President, was also submitted to the court by President’s Counsel Marapana.

He further pointed out that Basil Rajapaksa has not violated the bail condition imposed on him that he should report to the Financial Crimes Investigation Division every three months, so far.

Deputy Solicitor General Thusith Mudalige, who represented the Attorney General, did not object to the request.

Accordingly, the High Court Judge ordered for the travel ban imposed on Basil Rajapaksa to be lifted and directed that the Controller of Immigration and Emigration be informed of this decision.

However, the judge further ordered the defendant Basil Rajapaksa to inform the court before leaving the country.

The Attorney General had filed the case against former Minister Basil Rajapaksa and three others for allegedly misappropriating Rs 2992 million belonging to Divi Neguma Department to grant housing aid for beneficiaries of the Divi Neguma project, during the January 2015 Presidential election.

Former Secretary to the Ministry of Economic Affairs Dr. Nihal Jayatilake, former Director-General of Divi Neguma Department Kithsiri Ranawaka, and former Deputy Director-General of the same department Bandula Thilakasiri have been named as the other three defendants of the case.