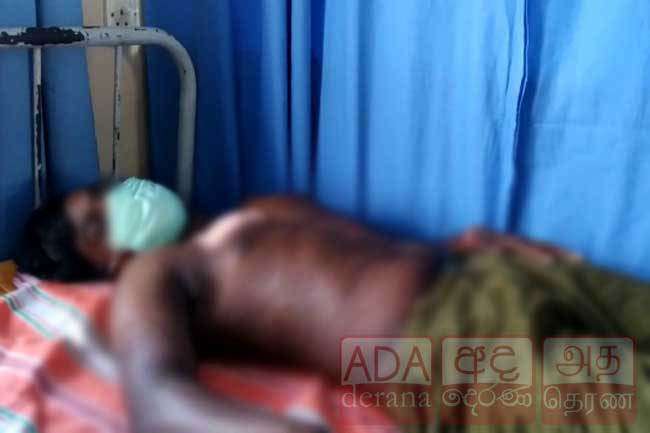 The doctor who was arrested by the Maharagama Police for shooting a school student with an air-rifle has been remanded by the order of the Nugegoda Magistrate’s Court.

A 17-year-old student of the ErewwalaEast Dharmapala Vidyalaya had entered a private property near the school, yesterday (22) to retrieve a ball that had been thrown into the property during a game of cricket.

Reportedly, an argument has ensued between the students and the owner of the property, a doctor serving at the Apeksha Hospital in Maharagama.

This has resulted in the doctor firing an air rifle at the students.

The student injured in the incident is currently receiving treatment at the Colombo South (Kalubowila) Teaching Hospital.

The doctor was subsequently arrested by the police over a complaint received by them and was produced before the Nugegoda Magistrate’s Court today (23).

Accordingly, the Magistrate ordered him to be placed under remand custody until December 02.