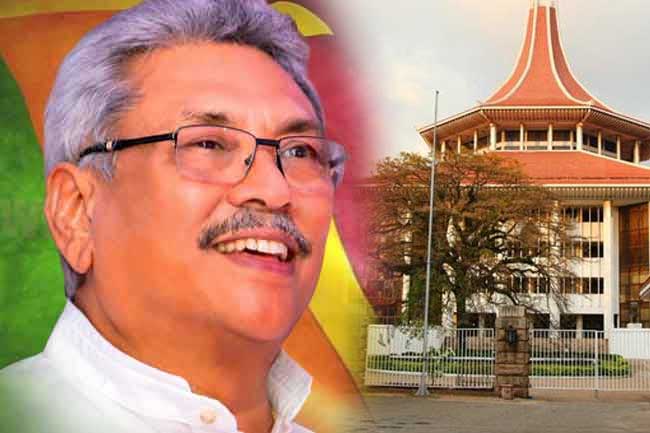 The Jaffna Magistrate’s Court last year issued summons on Gotabaya Rajapaksa, as the former Defence Secretary, to appear before the court on September 27, 2019 to give evidence before the court as a witness with regard to a habeas corpus petition filed over the disappearance of the two Sri Lankan human rights activists.

However, Gotabaya Rajapaksa had filed a writ petition stating that he cannot appear before the Jaffna Magistrate’s Court due to security reasons and the Appeal Court had issued a stay order on the summons after considering the petition.

The Court of Appeal today delivering an order based on a preliminary objection raised by the Counsel for Petitioner upheld the objection and quashed the decision of the Jaffna Magistrates Court to issue summons on the Petitioner.

The Court of Appeal upholding the preliminary objection raised by the Petitioner had made an order that a Magistrate cannot mechanically issue summons on any person on a request of a party to be present to administer evidence.

Accordingly, the Petitioner will not be required to attend Jaffna Magistrates Court in terms of the summons issued to the Petitioner.

The Court of Appeal also held that, in terms of the provisions of the Constitution a person holding the office of the President is constitutionally immuned from being made part of any civil or criminal proceedings and thus the Petitioner who is the incumbent President cannot be compelled to attend court through summons.

Lalith Kumar Weeraraj and Kugan Muruganathan had disappeared on 9 December, 2011 in Jaffna.

The Court of Appeal had previously granted approval to hold hearing on a petition filed by the relatives of the missing activists, requesting that they be produced before the court.